Diskit Gompa has quite an interesting legend attached to it. It is believed that a Mongol demon once lived here and was considered to be a sworn enemy of Buddhism. He was annihilated near the monastery. However, even after his death, his body kept coming back to the monastery. It is said that even today the wrinkled head and hand of the demon lie inside a temple of the monastery, which is filled with fierce Gods and Goddesses. 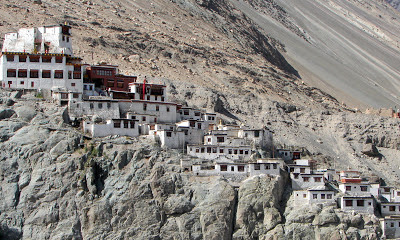 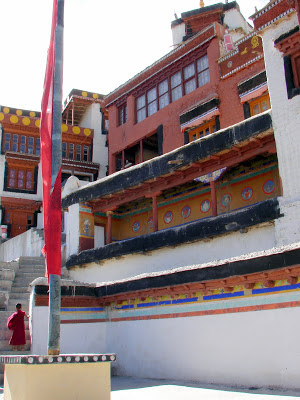 There is very little information on the valley before the 14th C; but from the time of King Grags-pa-'bum-Ide (2440 - 1440 AD) there are various historical references. The King's ambitious brother Grags-pa-'bum is said to have paid a visit to Nubra in the hope of seizing power. A local ruler, Nyi-ma-grags-pa, reigned there at that time and it is said that he assisted a Gelugpa exponent, Shes-rab-bzang-po, who came from the Leh valley to Nubra, where he built the monastery of Diskit, and installed a statue of Tsong-kha-pa, the founder of Gelugpa sect. He also visited Charasa village near Tegar and installed another statue at the Dwensa temple.

The king Tshe-dbang-rnam-rgyal, who came to the throne in the middle of the 18th C, offered Diskit gompa to the Rinpoche of Thikse and this arrangement has persisted to this day. 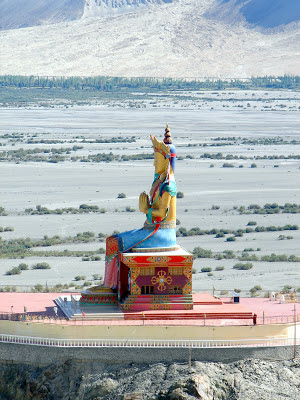 106 feet statue of Jampa (Maitreya) Buddha is located on top of a hill below the monastery and faces the Shyok river towards Pakistan. It was built with three main intentions - protection of Diskit village, prevention of further war with Pakistan and to promote world peace.

According to the chairman of the committee, most of the money for the statue was collected by local donations. The head of Gelugpa, Ganden Thipa and Abbott of Rizu monastery, gave 8Kgs of Gold for its decoration. 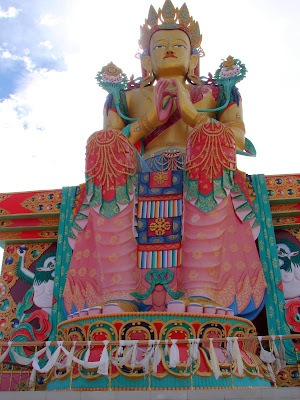 Diskit Monastery also known as Deskit Gompa or Diskit Gompa belonging to the Gelugpa (Yellow Hat) sect of Tibetan Buddhism is the oldest and largest Buddhist monastery (gompa) in the Nubra Valley of Ladakh, northern India. 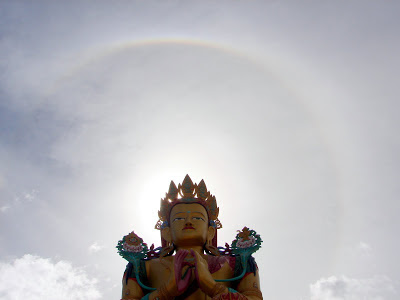 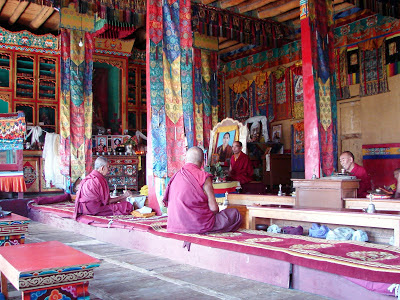 The Gompa is not in a satisfactory condition. In several portions inside the Dukhang, there are large cracks in the plaster due to water penetration. This has lead to the flaking off of beautiful wall painings. The wall paintings also appear faded because of soot deposits over them. The Gompa has not been maintained properly for a long time causing its gradual deterioration. The Gompa has been repaired recently, and as a result of which, some precious inscriptions have been lost. 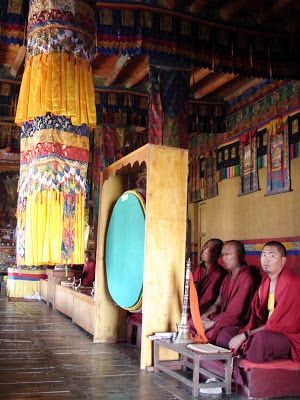 Diskit monastery houses about 100 monks and runs a school for the Tibetan children in its precincts. The school has been upgraded recently to enable teaching of scientific subjects with support from the Lungta, a 'Tibet Support Group' (a Non Governmental Organization -NGO) who have created computer facilities in the school. Lungta has trained the monks of the monastery in computer skills and in the English language so that they could in turn teach the children of the school. Further additions to the school library in the form of dictionaries, encyclopaedias and English teaching materials are being provided. 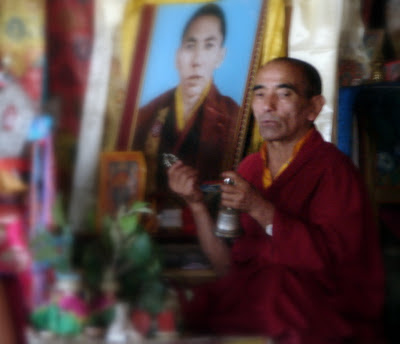