Ancient legend says that at the time of Buddha Shakyamuni, the valley of Lamayuru used to be a clear lake. King of Nagas and his retinue inhabited the valley. Bodhisattva Madhyantaka predicted that the lake would eventually dry up and make way for the construction of a Buddhist monastery.

Mahasiddha Naropa,a 11th century Indian Buddhist scholar sat in meditation for many years in one of the caves in Lamayuru, which can still be seen in the Dukhang. A crack was formed in the hillside surrounding the lake through which the lake started draining. When the lake dried out, Naropa found a dead lion lying inside it. On the same spot, he constructed the first temple of the area, known as the Sengye Gang (Lion Mound).

Lamayuru gompa, with its medieval village seemingly growing out of the rocky hillside belongs to the red-hat sect of Buddhism. 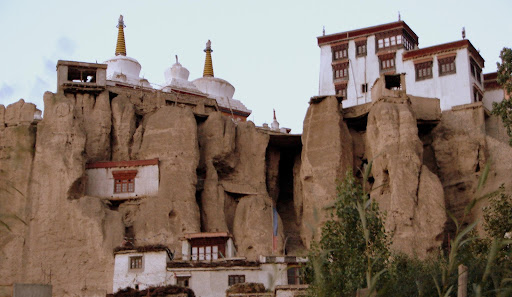 Lamayuru is perhaps the oldest monastery in Ladakh, thought to be a site of pre Buddhism Shrine of the ancient Bön religion of Tibet. Historical accounts relate that in the 10th century the King of Ladakh ordered the building of Lamayuru and placed it under the supervision of Rinchen Zangbo. The original gompa was composed of five buildings although only the central one still stands. The 16th century, Ladakh's King Jamyang Namgyal was cured of leprosy by a lama from Tibet. In gratitude, the King gave the gompa to this lama and also bestowed other privileges - no taxes were collected and the area surrounding the gompa was declared a sanctuary where none could be arrested. For this reason, Ladakh's still refer to Lamayuru as Tharpa Ling, the "Place of Freedom". 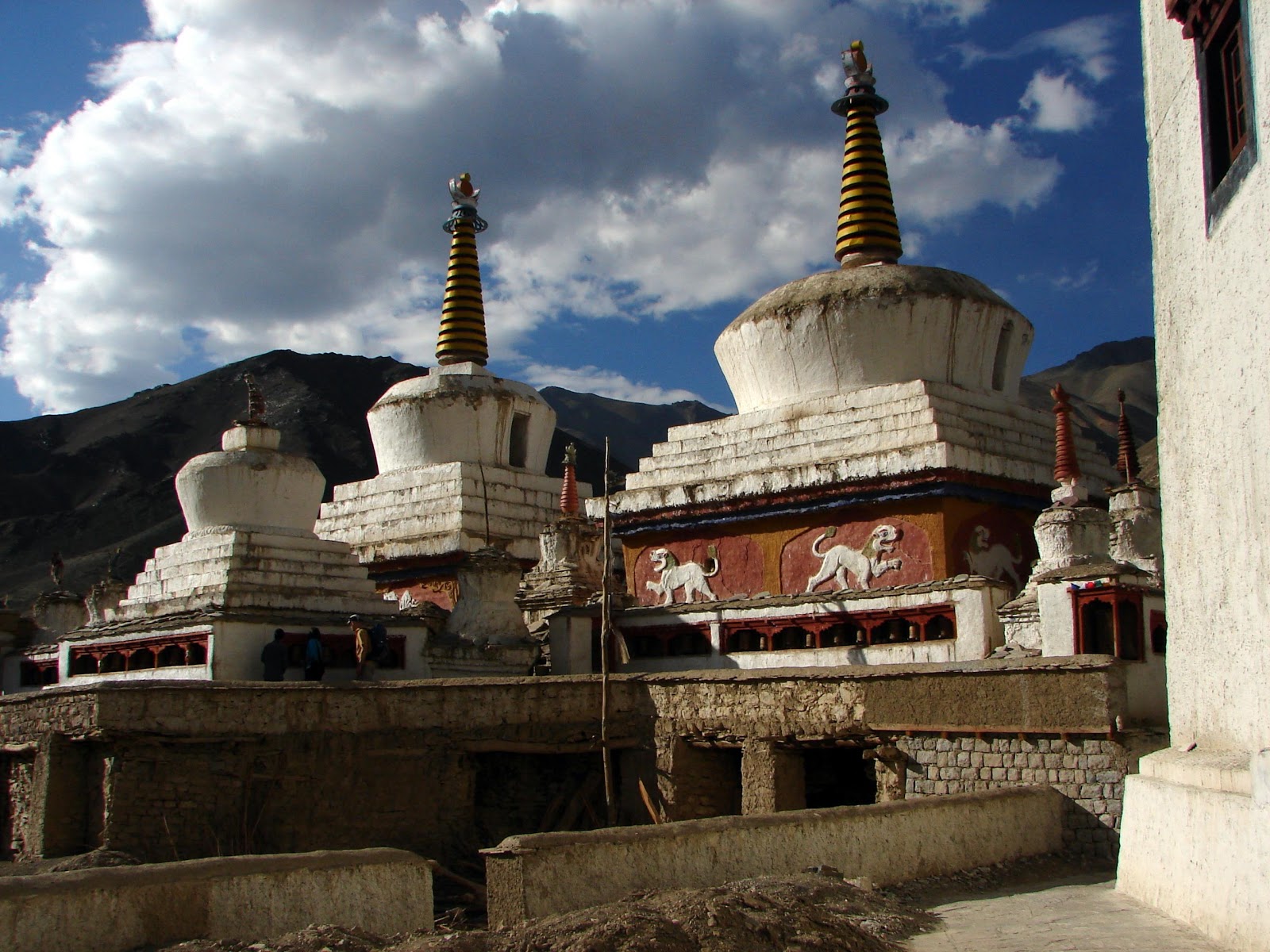 In the past, the gompa housed up to 400 lamas, but presently lesser than 50 lamas live here, although about 150 lamas belong to the gompa. The other lamas stay and teach at Lamayuru's daughter gompas located in outlying villages. Twice a year, all the lamas gather for prayers, accompanied by three days of masked dancing.