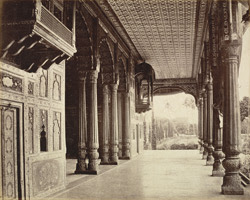 Photograph, taken in the 1870s by Nicholas and Company, part of the Ramsden Collection of photographs, showing the Darya Daulat Bagh of Tipu Sultan at Srirangapattana (Seringapatam) in Karnataka state.

Of the Darya Daulat Bagh (The Garden of Wealth of the Sea), also known as the summer palace of Tipu, Rev Thompson writes, "After the fall of Seringapatam, the Duke of Wellington, then Colonel Wellesley, occupied the building for a considerable time when he held charge of the Mysore territories. There are some interesting paintings on the walls of the verandah which were executed at the order of Tipu and represent, among other things the defeat of the British Force under Colonel Baillie at Perambakam... ."

Rev Thompson goes on to say "half a century afterwards, Lord Dalhousie as Governor General, visited Seringapatam, he found the building unoccupied and dilapidated, and he spoke with an aged man who described Colonel Wellesley's stay there. The wall paintings are still traceable, though faded. Lord Dalhousie gave orders for the repairs and maintenance of the building and the restoration of the paintings with the help of those who remembered them in their completeness".


Dariya Daulat also known as the "Summer Palace" of Tipu Sultan is on the southern bank of Cauvery. Hyder Ali laid the foundation in 1778 AD and Tipu completed it in 1784 AD. Despite the fact that most of his time was spent in war, Tipu patronised art. This was 'Tiger' Tipu's favourite retreat. The graceful proportions and the arabesque work in rich colours covering the walls, render the palace very attractive. It is a fine specimen of Indo-Saracenic architecture, which was named Dariya Daulat, meaning "wealth of the sea". 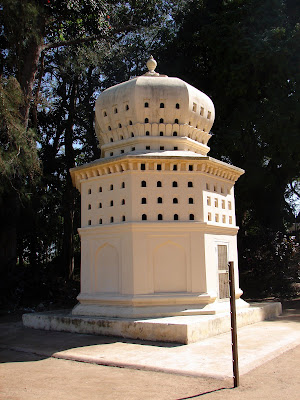 The entrance is flanked by two domed pigeon houses which kept the valuable ‘letter carriers’. 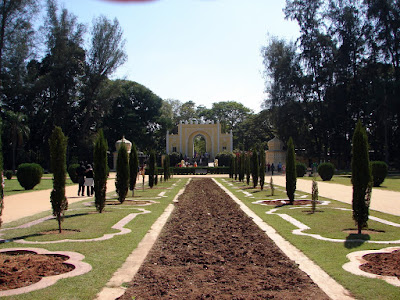 As one walks forward on the pedestrian pathway, passing by royal palms, banyan and cypress trees standing tall against the azure sky, one comes across cannons alongside the fountain—a reminder of the turbulent times in which the garden was built. 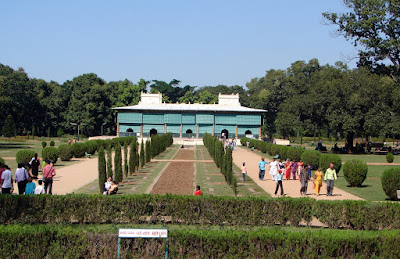 The rectangular shaped Tippu palace stands on a raised (1.5 m high) platform. There are open corridors on all four sides of the elevated platform. With canopied balconies, audience halls, arches and concealed staircases, the Tippu summer palace is said to have been built in the structural style credited to the Moghal Governor, Dilvar Khan of Sira.

The salient feature of this place is that every pillar, wall and alcove is painted in rich hues of red, blue and gold on the white background. The designs are derived from nature and are mainly floral, with leaves and tendrils moulding the doorways. A low, wooden trellis-work runs around the room. The balconies have a cupola top that is a dominant feature of Islamic architecture.Around the main building runs a wide verandah standing tall on tapering, lotus-like teak pillars. 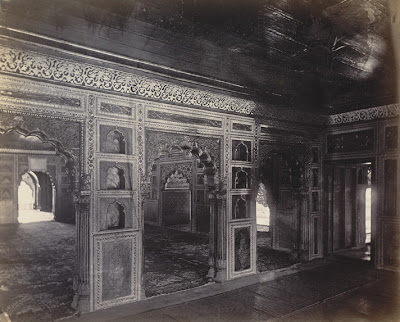 The palace is famous for the art work done extensively on its walls and ceilings. The outer and inner walls have scrolls, floral patterns, and the portraits of kings and courtiers. Wall decorations include impressive 18th century frescoes of battles the father and son fought against the British fields, armies in action and victory processions. These murals are considered to be rare visual documentaries of pre-independence war history. 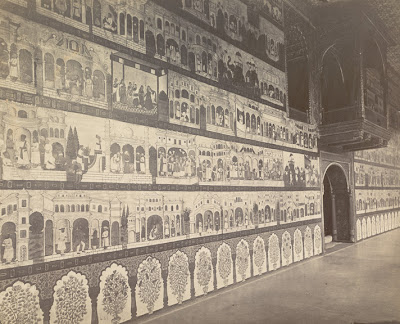 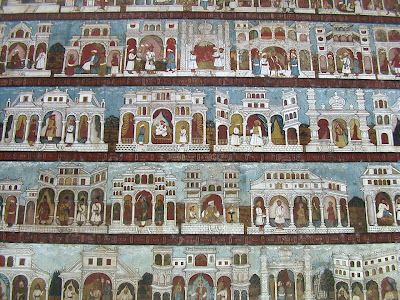 Apart from the murals depicting the great victory of the armies of Hyder Ali and Tippu Sultan in the battle against Col. Bailee in 1780, on the eastern side of the palace walls are historic murals of the darbars attended by powerful rulers Kittur Rani Chennamma, Krishnaraja Wodeyar II, and Palegars Madakarinayaka of Chitradurga, Magadi Kempegowda and many other kings and chieftains.

A lot of things which Tipu used for his daily chores are kept in the museum. It has artefacts, silver articles, furniture, coins, shields, swords and attires of a bygone era including Tipu’s blue-and-gold coat. It also has many ink drawings of Tipu and his family done by employees of the East India Company. Several sketches by Thomas Hickey and a 3D painting of prince Tipu are commendable!
Posted by Casey at 8:22 PM

We visited Dariya Daulat Baug, Srirangapatna in February of 2009 and I'm just uploading some of my photos to Flickr (my photos of this site are not great - they just help prompt my memory). It's been really helpful to read your blog post about Tipu Sultan's Palace. Thank you for sharing.

I loved reading through your blog and particularly your post on Dariya Daulat Bagh.. I just visited it a couple of weeks back and was truly spellbound. I even have a blog post mentioning about it in my blog. Its indeed the garden of the wealth of the sea and a precious jewel of India. Keep up the very good work! Would love to hear from you.

Thanks for visiting my blog Padma. Thanks for your generous comments too.