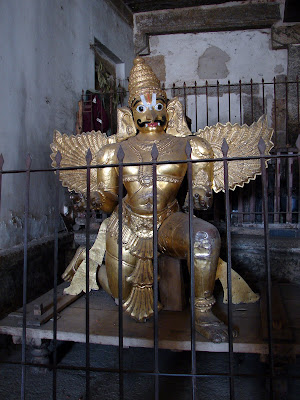 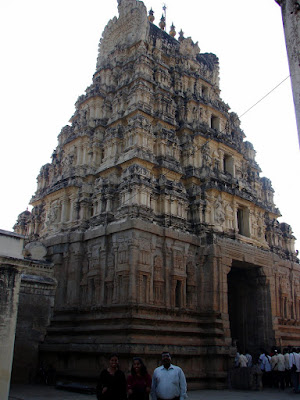 It is said that Cauvery is in fact Ganges flowing at the bid of Kashi Vishwanatha. There was severe draught in Dravida desha that lasted for 12 years. Parched lands, dried up water sources, people and animals perishing in large numbers moved sage Sayana who did penance on Brahmagiri mountain to please Lord Maheshwara. Lord Maheshwara was pleased by the sage's penance and bade Ganga to flow in this land.

Though Ganga acquired new name and flowed in new land, she could not snap her connections from Vaikunta or Lord Vishnu. She wanted to wash the feet of her Lord eternally. So she created three islands and Srirangapattana is one of them. Theists erected temples dedicated to Sriranga on these islands. Great rulers donated liberally for conducting prayers regularly on a grand scale in Sriranganatha temple at Srirangapattana. 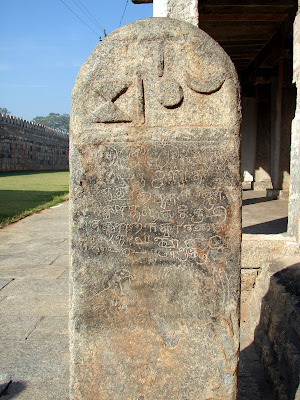 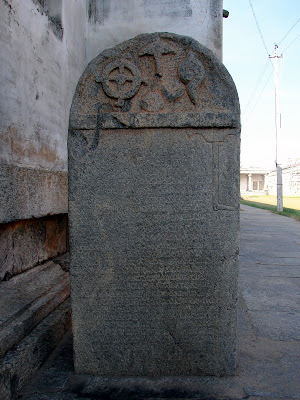 According to another legend, river Cauvery is the daughter of Kaveru who married sage Agasthya and took the form of River Cauvery to cleanse the people of their sins. Image of Cauvery in "garbha griha" is a testimony of gratitude of the people whose lives were enriched by her nectarine water. 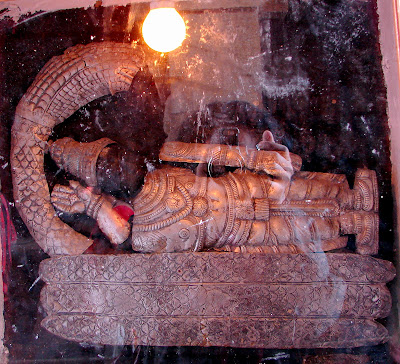 Ranganatha in sanskrit meaning "Protector of the place of assembly" is a resting form of Lord Vishnu. This form of the Lord is of importance to the Vaishnavites. Sri Devi and Bhu Devi the consorts of Lord Vishnu are not present in the "garbha griha". Instead, River Cauvery is installed in sitting posture at the feet of Lord Ranganatha holding a lotus in her hand.


History of the temple

Tirumalaraya a Ganga chieftain built the temple in 894 AD with imposing tower and enshrined Sriranganatha. He named the flourishing town around the temple as "rangapattana" or "rangapura". Later Udayadithya, brother of King Vishnuvardhana renovated and expanded it in all directions. Three centuries later, Vijayanagar rulers renovated the temple. Wodeyars took the possession of this temple from the Vijayanagar viceroy and passed it to Hyder Ali and Tipu Sultan. Hence it is a remarkable medley of different styles (Vijayanagar and Hoysala style) of architecture. The temple remained a place of worship receiving adoration from all the rulers. 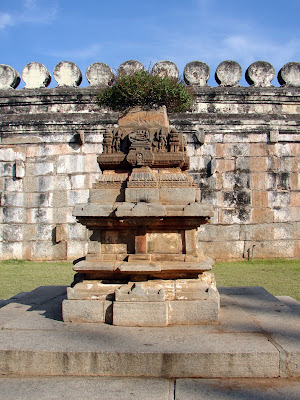 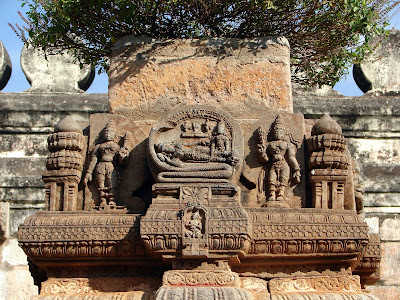 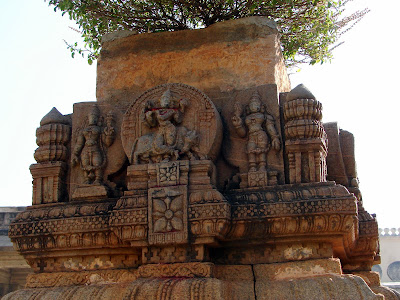 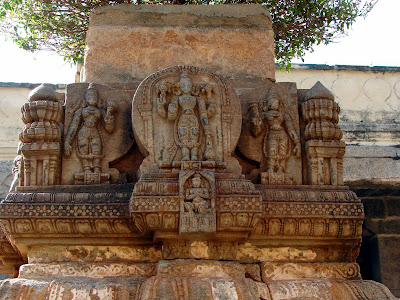 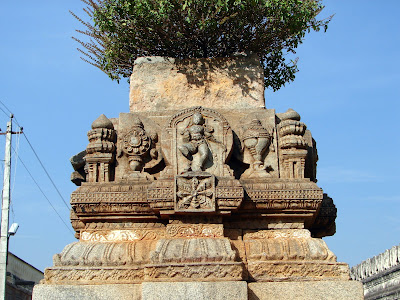 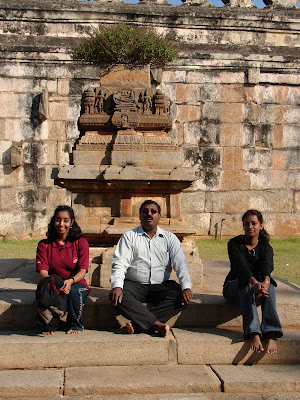 The religious belief is that Srirangaraya was a Vijayanagar representative from Srirangapatna. Srirangaraya's wife Alamelamma was a devotee of Ranganatha. She used to send her jewels every Friday to decorate Goddess Ranganayaki in the Srirangapattana temple.

Raja Wodeyar was established as the ruler when Srirangarayan died. Raja wodeyar asked Alamelamma to hand over the jewellery, but she was adamant and refused. She committed suicide by jumping into River Cauvery. Locals believe that before dying she cursed the town -
"Talakadu MaraLagali,
malangi maduvagali,
wodeyar doreyarige makkaLagadirali"
--May Talakad be filled with sand,
may Malangi become a whirlpool,
May the Wodeyars never have children.

Strangely, it's all come true.
Posted by Casey at 4:05 PM

Thank you Shiva for visiting my blog and liking the post.

Hi Casey, pl write a book on Tipu & Srirangapatna with all your personal knowledge