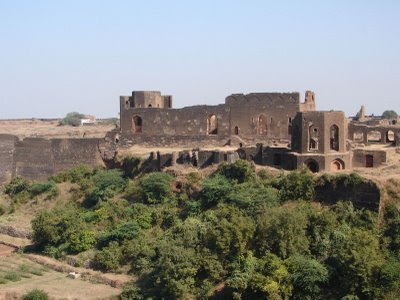 The Takht Mahal or the Throne Palace was used as a durbar hall, where the installation ceremonies of the Bahmani and Barid Sultans were celebrated. This Throne Palace at the west end of the Fort is where the Bidar rulers held private audience. It has a columned hall facing north onto a rectangular court. Steps to the west of the courtyard lead to various rooms with complicated plans. Some have remains of granite columns. 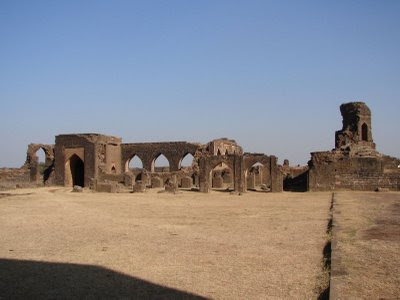 Only the arches remain at present, which indicate the height and width of the dome that once adorned the monument. The Cheeni Mahal was sculptured with coloured tiles. 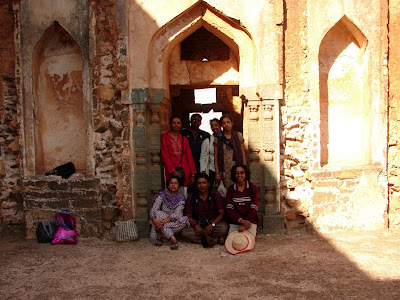 The chamber (in front of which the photo has been clicked) is identified as the throne room.

Apart from a hot water swimming pool that once existed here, it is the carvings on granite that are significant. While the geometrical figures signify the Muslim influence, the floral engravings speak of Hindu culture. Discussing the Takht Mahal Prof. H.K. Sherwani writes: "The arches are all very stilted and this would be sufficient to prove Iranian influence". The same is also evident from the two bold outlines of the Persian emblem on each of the Eastern and Northern façades, the lion with the rising sun in the background, flanking the arch on both sides, all worked in mosaic of beautiful coloured tiles.
Posted by Casey at 1:00 PM