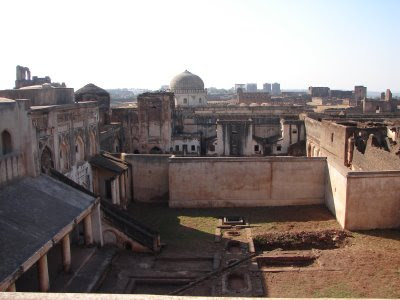 Ali Barid was the first of the Baridshahi dynasty to adopt the title of Shah. Of the many regal titles of 'Ali Barid, as given in the Rangin Mahal inscription, the last is interesting as meaning 'a messenger to empires'. The historians have described Qasim Barid, the first of the line, as a Turk of Georgia, but thrown no light on the significance of the family title 'Barid', which was retained by all members of the family. Did they hold the position of 'royal courtier' before their migration to India?

Ali Barid was a cultured prince, specially fond of poetry, calligraphy, and architecture. A delightful building erected by this king is the Rangin Mahal ('painted palace'), which has lovely tile and mother-of-pearl decoration. This was apparently built by a Persian architect, for some of the verses inscribed on this palace have a striking resemblance to those painted on contemporary buildings in Persia. 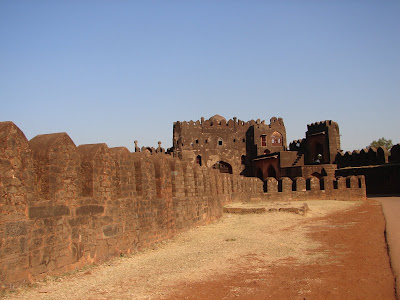 Near the Gumbad Darwaza a royal tower has existed perhaps since the time when Ahmad Shah Wali built the fort (A.D. 1429-32). From this tower, which is mentioned as the Shah Burj in contemporary history, the Bahamani kings often reviewed their troops, which assembled outside the gate of the fort. In 892 H. (A.D. 1487) when a party of Abyssinians and Deccanis revolted against Mahmud Shah Bahamani and tried to murder him, he took refuge in the Shah Burj. The rebels were subsequently punished, but as the king was spared of his life he considered the shelter afforded by the Shah Burj as auspicious, and he had a lofty palace -- 'Rangin Mahal' built in its close vicinity. Rangin Mahal literally means the 'Coloured Palace", and this name was apparently given to it on account of its walls being originally decorated with tiles of different hues, traces of which still exist on the façade of the eastern halls. The southern apartments of this palace were rebuilt by 'Ali Barid (A.D. 1642-80), who adorned them with wood-carving and mother-of-pearl work. 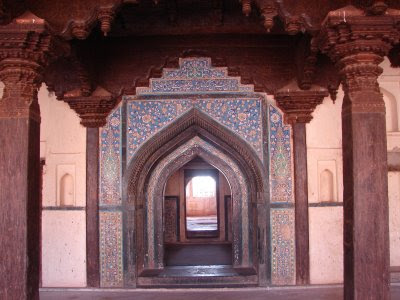 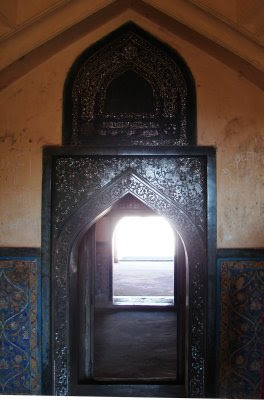 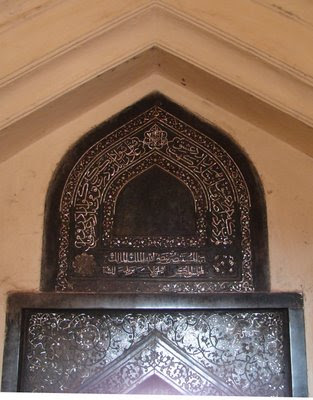