Lakkidi - gateway of Wayanad and around 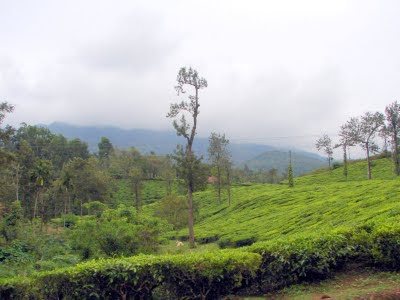 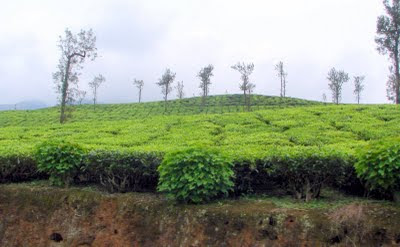 The lush greenery of the hills, gorges and streams seen on both sides of the passage up the hill are sure to linger on our mind for a long time. On a clear day Lakkidi View Point offers spectacular views of the surrounding cliffs and valleys. 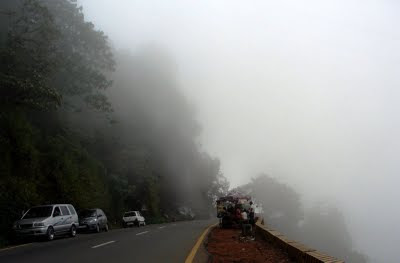 One of the highest locations in Wayanad, Lakkidi gets the highest average rainfall in Kerala. So streams, brooks, and waterfalls are a common sight around here. The rainfall at Lakkidi has also created a fresh water lake called Pokkot Lake in this area. 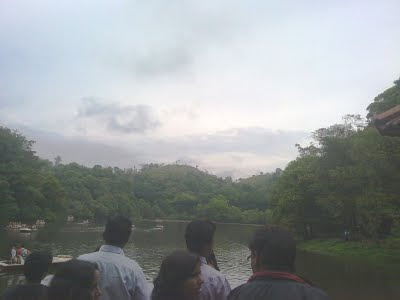 Pookot, a natural fresh water lake is located at 2,100 meters above sea level. The breathtakingly beautiful lake is surrounded by lush greenery all around. The pathway around the lake is lined by thick bushes and tall trees. One of the main tributaries of the Kabani River – the Panamaram rivulet originates from Pookot Lake and then tumbles down into Panamaram valley.The fresh-water aquarium at the lake is filled with an excellent array of fish.

Mountains, streams, thick forest and the panoramic view of the valley are exciting images. It is one of the vantage locations to experience the magic and mood of the monsoon in the woods. 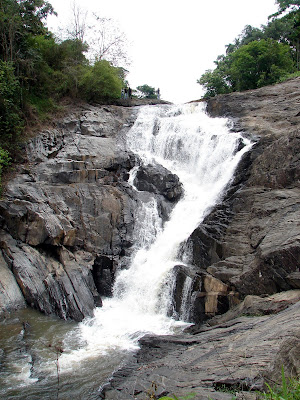 Kanthapara and Meenmutty go through an exciting journey before tumbling down from rocky massifs. The streams meander through dense greenery, emerging for a brief, glittering plunge through the air before disappearing once again under thick foliage cover.Though relatively smaller, Kanthanpara - a two tiered falls is easily reachable, and makes an ideal picnic spot. 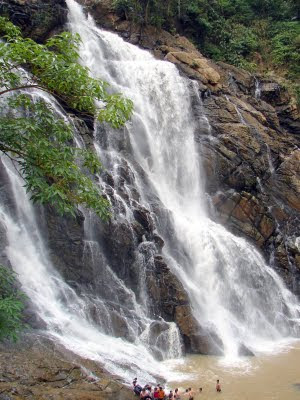 Meenmutty is the biggest of the waterfalls in Wayanad district both in terms of volume and height. The water cascades down in three stages from a height of about 300meters. Located in lush moist deciduous forests, the waterfall is a trekker's paradise. The best time to visit the falls is between November and May because the water is too torrential during the post-monsoon months. Meenmutty in Malayalam means "where fish are blocked". Since there is upward falls where fish can’t swim further this name is given to the falls. 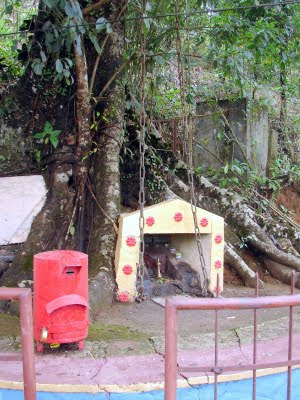 Apart from the stunning views of the surrounding plains, Lakkidi's other claim to fame is the large Ficus tree bound by a prominent chain. It is the source of a dramatic local legend. Tribal legend has it that Karinthandan was murdered by some British engineers after he showed them the tribal people's traditional pathway for the construction of a ghat road that links Wayanad and Kozhikode. But Karinthandan's ghost made life miserable for British people who travelled on the route. Finally, a Christian clergyman chained the ghost to a tree near Lakkidi to facilitate a trouble-free journey for the British. A heavy chain anchored to the ground and placed around the stout branches seems to lend credence to the story.
Posted by Casey at 11:40 AM

recently we been to nandi hills in bangalore.. the third snap recollected me the shots we took on our visit. we hardly get to see such beautiful ambiance.

we have an equally nice photo, the one shot near waterfalls. a lovely place and can think of a perfect destination for those looking for noiseless and pollution free getaway.

accommodation facilities are available in plenty. we stayed @ tropicalforrest; food and accommodation was good enough.