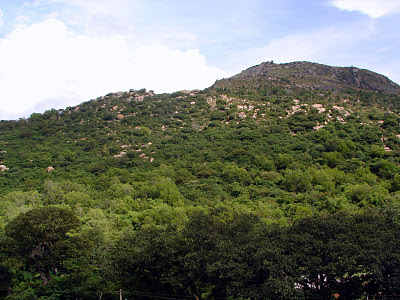 In Hindu temples throughout India, and most Hindu households, rituals, or pujas, are performed to the deities during which it is customary to offer a series of specific leaves and petals. Some will be carried out daily and other only on special festivals. Whilst people still perform the pujas today, it is less likely that the correct flower or leaf will be presented to the deities and they are often substituted with grains of rice: people have lost touch with this traditional knowledge about the ritual use of plants and can find it difficult to locate the correct species for each ritual.In response to this situation there is an initiative in the state of Karnataka, South India, to encourage temple authorities to create gardens in which these plants could be grown. In addition, the Karnataka forest department had also established a number of 'religious forests'. In 1984 the first 'religious forest' was opened in Sirsi, Uttara Kannada district. A second second had been established by 1989 in Ramanagaram, Bangalore district and a third in 1991, the Kaivara reserve forest, in Chintamani, Kolar district. 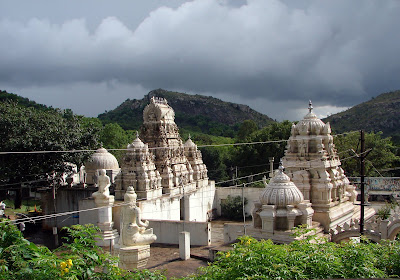 The Kaivara reserve forest was established in 1991 at the location where a popular 19th C philosopher sage Narayanappa or Yogi Nareyana Yathindra, born in the 1830s, attained jiva samadhi. The area is also famous in having been identified as the site of battles recounted in the Hindu epic the Mahabharata.


Nestled in this 'religious forest' is a piece of heaven on earth known as Vaikuntha- a tiny hill near Kaivara. Vaikuntha is the mytical celestial abode of Lord Vishnu in Vishnuloka according to Hindu mythology. The Lord's abode in Vaikuntha is surrounded by vast gardens where he plays with his consorts. The gardens consist of trees like parijatha, Harichandana, kalpaka and is filled with fragrant multicoloured flowers. 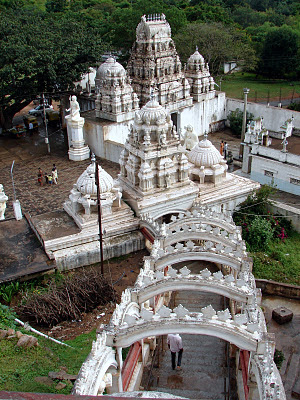 A cave temple dedicated to Yoganarasimha swamy is located on Vaikuntha at Kaivara. Kaivara Narayanappa is said to have meditated here for more than three years and his statue is installed here. 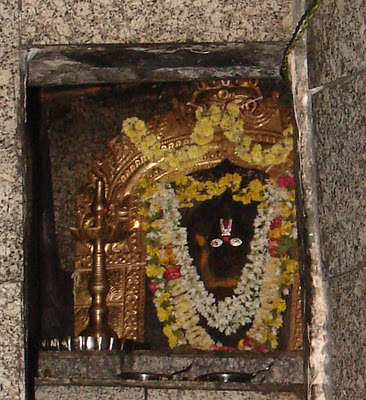 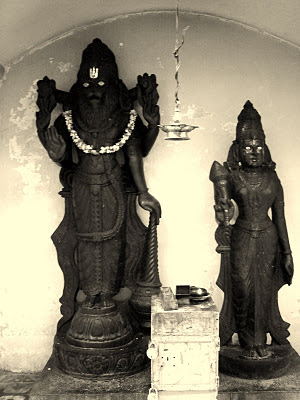 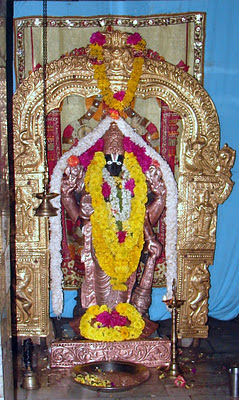 The wide eyes of the Lord look like freshly blossomed lotus flowers (ambuja charulochanm). His beautiful lips sport a bewitching smile (suchi smitham). He has a long and sharp nose. He holds the panchaayudhas viz. the conch, the discus, the mace, the sword and the bow in his hands. His fingers are adorned with valuable rings (divya anguliyaka virajitham).

The Lord wears a beautiful crown (athi manohara kirita makuta), a pendent on his forehead (chuda), ear drops (makara kundala) studded with precious stones, a neck band (graiveyaka), rows of chains hanging on the chest (hara), armbands (keyura), a circular band adorning the wrist (kataka), the mole like mark on the chest (Srivatsa).

He wears Kousthubha gem on his chest, rows of stringed pearls (mukthadhama) and many other jewels. Each of these jewels is said to exude sweet fragrance (divya gandhiah). Besides vyjayanthi vanamala (a garland of unfading flowers) adorns him.


Adjacent to the temple is a magnificent structure with a spacious prayer hall. One can get beautiful views of the surronding hills from here. 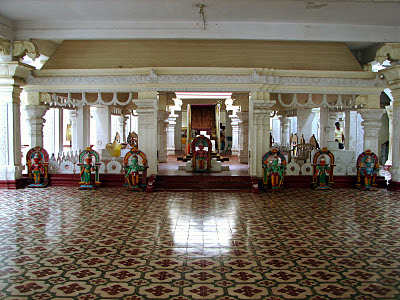