Karnataka, like several other states in India, has witnessed religious conflicts among Shaiva sect, Vashnava sect, Jaina and Islamic religions over the centuries. However, the Bhakti movement and the unifying forces by Sufis, mystics and ‘tattva padakAraru’ have worked ceaselessly to further communal harmony. Communal accord that prevails in almost all villages of Karnataka is an outcome of these endeavours. People respect Gods and saints belonging to all religions. Festive occasions are celebrated in the entire village cutting across castes and religions. In addition to this there are many shrines in Karnataka which attract devotees from all castes and religions. These shrines are managed by people belonging to different religious faiths. 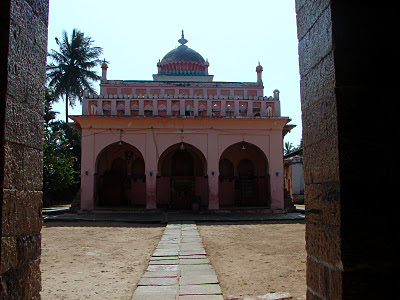 Savalagi (sAvaLagi) a small town in Gokak taluk of Belgaum district contains Islamic style religious institution known as ‘sAvaLagi maTha’. The shrine of Sri Jagadguru Shivalingeshvara is six centuries old. People from both religions congregate here during the annual fair. There is regular interaction between the Swamiji of sAvaLagi and the seer of Bende Nawaj darga in Gulbarga. 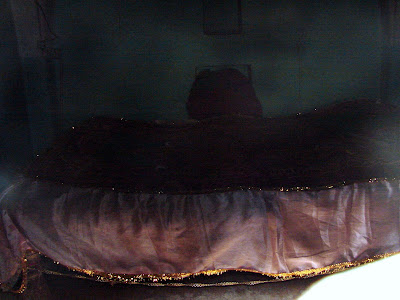 The shrine is a symbol of Hindu-Muslim unity and communal harmony.Sri Shivalingeshwar Swamiji, its founder, and one of his disciples - Sharane Marulamma -- became Jeevantha Samadhis (a concept wherein individuals voluntarily embrace death).

The basement houses the nirvikalpa (live) samadhi of Shivalingeshwara. There is a tomb in the first floor with four minarets. There is a stone bed and a cotton bed. Khwaja Bandenawaz was a contemporary of Sri Shivalingeshwar Swamiji was a great admirer of the swamiji and had visited Savalgi. In turn, the swamiji had attended a Muslim festival in Gulbarga on the invitation of the saint. It is said that Shivalingeshwara and the famous Sufi saint Hazrath Khwaja Bandenawaz Gesudaraz of Gulbarga sat in this room and discussed socio-cultural issues. 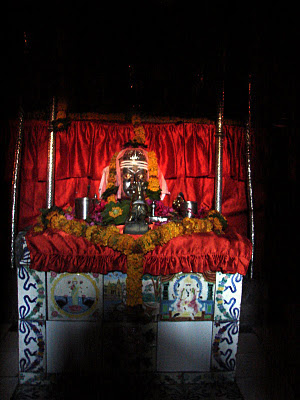 Certain incidents during the late 14th Century led to communal tension among castes and religions. The Shaiva saint is said to have resolved these conflicts by performing miracles.

The Sufi saint Hazrath Khwaja Bandenawaz Gesudaraz visited Savalgi and is believed to have held discussions with Shivalingeshwara. Subsequently, he ordered Muslims to make common cause with all religious communities and serve the math as servants of the Shaiva saint. Since then, Muslims became an inseparable part of the math. The devotees chant the slogan “Hara Hara Deen, Hara Hara Mahadev” during religious procession.

The head of the math participates in all the important rituals observed by Muslims and other religious communities in the village. If there is a death, he cannot perform regular puja until the last rites are performed and the community informs him about it.

Philanthropic activities of the maTha
Without seeking any financial assistance from the government, the Math is running a hostel for girls studying in schools and colleges in Dharwad. It has also set up an institution in Dharwad for imparting training in yoga for girls.

As per the reports in 'Deccan Herald' dated September 26, 2003 some of the future philanthropic plans of the Math included construction of a marriage hall, starting of a milk dairy, an old-age home, a health-care centre, a botanical garden for growing Ayurvedic medicinal plants and a yoga centre at Savalgi.The Math is planning to open an institution for the rehabilitation of beggars and a centre for the deaf and blind children belonging to economically weaker sections of the society, both at Savalgi.

We did not have sufficient time to discuss about the maTha's philanthropic activities with the swamiji.
Posted by Casey at 7:59 PM

Thank for the information on Savalgi MAth.

How much distance Belgaum and route

Hi I am Ganesan from Ambur,Vellore District, Tamilnadu from where Jagathguru Shivalingheshwar had Nirvikalpa at the same time when he had at Gokak Savaligi,Yesterday 13.2.19 I blessed to visit Gokak and had Pieceful Dyan. Om Savaligi Sivalingeshwaraya Nemaha. 🙏🙏🙏

Best route to reach this place is from Belgaum 65 Kms, it takes 75 minutes by car.