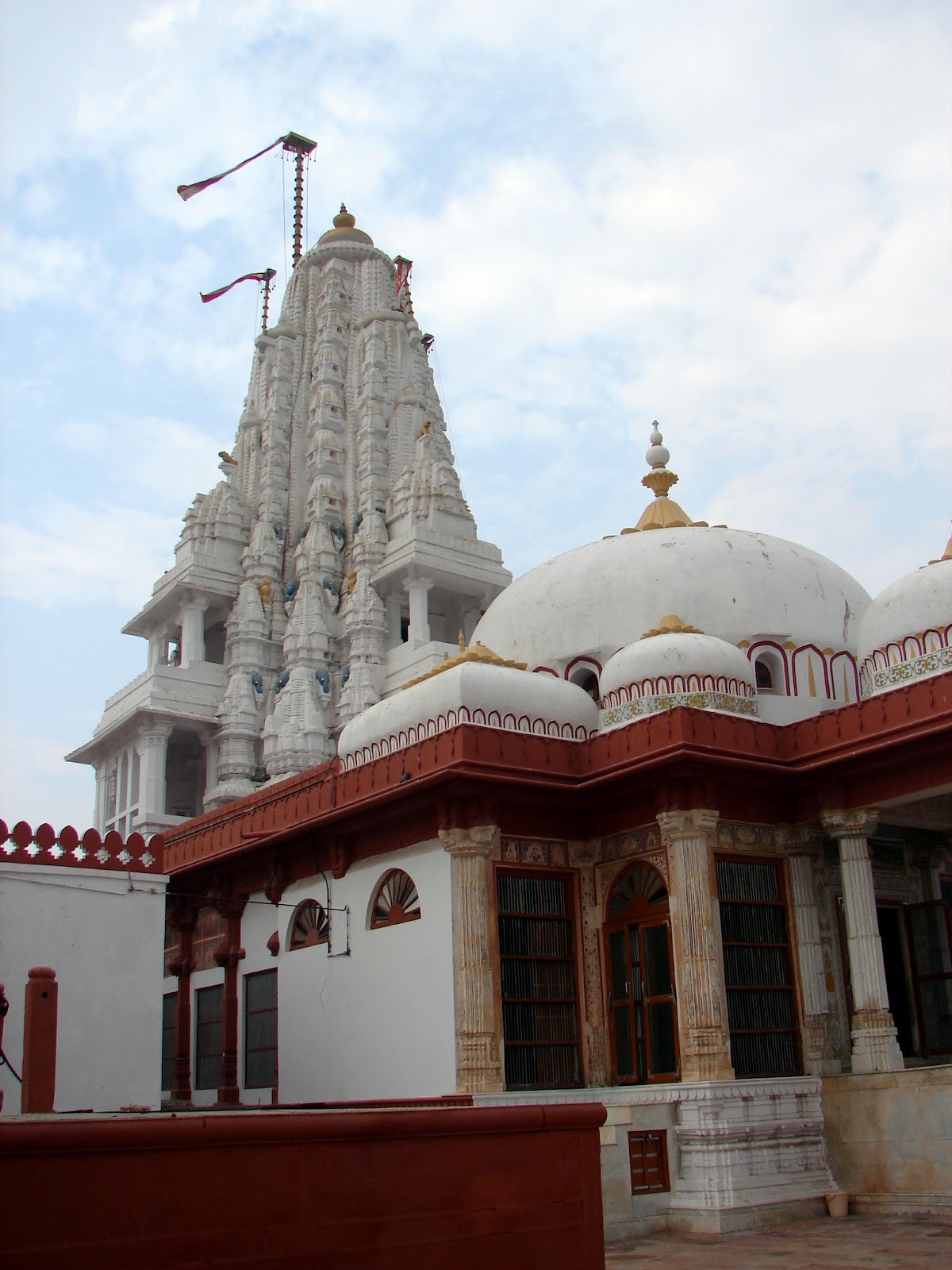 Situated at the south-west end of the walled city, Bhanda Shaha Jain temple is the oldest Jain temple in Bikaner. It was built by a rich Jain merchant Bhandasa Oswal in 1468 AD before Bikaner was founded and was completed by his daughter in 1514 AD after his death. It is believed that 40,000 kg of ghee was used as substitute to water while the foundation of this temple was being laid and the stones for construction had to be transported all the way from Jaisalmer. It celebrates the grandeur of Rajputana architecture. The spire of this temple with its 'Sringas' and 'Upasringas' of decorative shikharas and its guilded flagstaff, towers high above the rest of the city and can be seen from far. 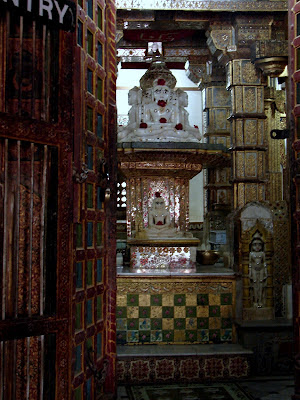 The temple is dedicated to Sumatinath Ji, the fifth Tirthankara of the Jains. The paintings from Jain scriptures on the interior walls and ceiling of this temple are of much later times. The temple is mainly famous for wall paintings and usta art. One can see the skyline of Bikaner by climbing to the topmost floor of this temple. 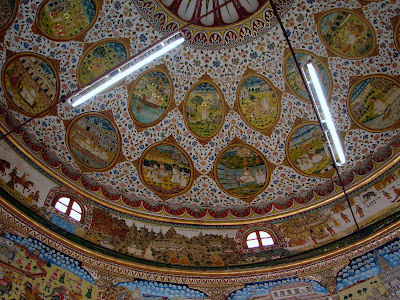 This three-storeyed structure built of red sandstone is a classic example of Jain architecture. The pillars of the temple bear floral designs and stories that depict the lives of the 24 Jain tirthankars. The temple has beautiful inlay work in gold. The walls and ceiling are adorned with paintings. 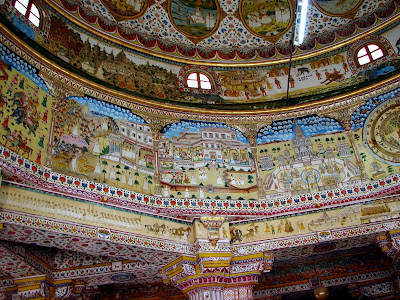 The ground floor has white marble pillars covered with colorful floral patterns. The sandstone pillars are embellished with beautiful sculptures. Beautiful miniatures of the sentries of the gods are present on the first floor. One can also find artistically carved balconies on the first and second floors. The intricate designs, beautiful frescoes and sculpted pillars largely attract the tourists to Bikaner. 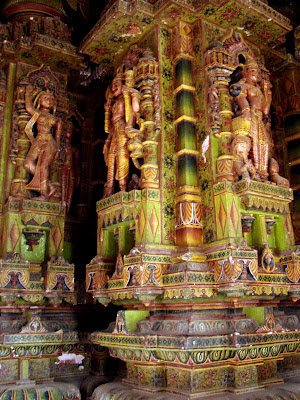 Usta Art
Usta is a professional caste of artists, and the word Usta derives from the Persian word Ustad, meaning master or skilled person. Usta art is a generic term used for the media of Naqqashi and Manoti art practiced by Usta artisans from the erstwhile Bikaner State in present-day Rajasthan, India. Naqqashi and Manowati (emboss) is characterised by painting miniature translucent and opaque watercolour and oil based floral patterns on objects, camel leather, and architectural elements with gold. Naqqashi are items that are unembossed gold layers and Manoti are items that are embossed gold layers. The art of Naqqashi and Manoti flourished between the late-16th to mid-19th century in the Bikaner State. 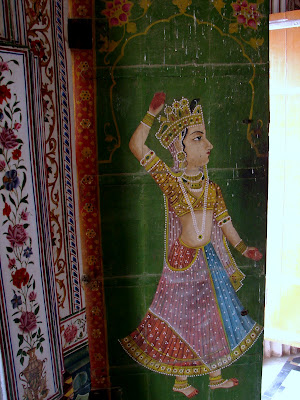 Amazing art!!!! The paintings and artwork on the walls are top class! Would love to visit it someday! Thank you so much for posting this!