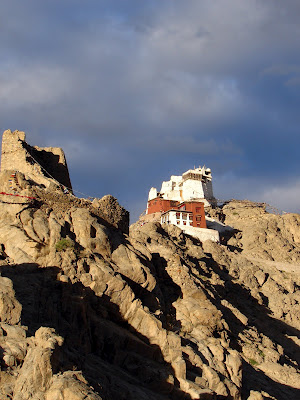 Of the two classifications of Buddhism Philosophies, whose origins spanned different eras, Mahayana Buddhism is what is practiced in the Ladakh region since the 2nd Century. The Vajrayana sect of Mahayana Buddhism is a mixture of the animistic Bon faith and ancient Hindu tantric practices. Central to the Buddhist doctrine is the eremitic way of living while focusing on meditating and practicing Buddhist principles. Gompas or Monasteries came into being to facilitate this Monastic life of the Buddhists.

Located in the vicinity of villages, aesthetically pleasing and architecturally interesting gompas provide the focus for the faith of the highly religious Buddhist people in Ladakh. Gompas are places of worship, isolated meditation and religious instruction for the young.

Namgyal Tsemo Gompa was founded by King Tashi Namgyal, one of the Namgyal rulers. Tashi Namgyal is known to have ruled during 15th century AD. The Namgyal (also called "Tsemo Gompa" = 'Red Gompa', or dGon-pa-so-ma = 'New Monastery'),a temple, is the main Buddhist centre in Leh. No longer inhabited, it stands atop the crag behind Leh palace. The Gompa boasts of a rich collection of some ancient manuscripts and wall paintings. 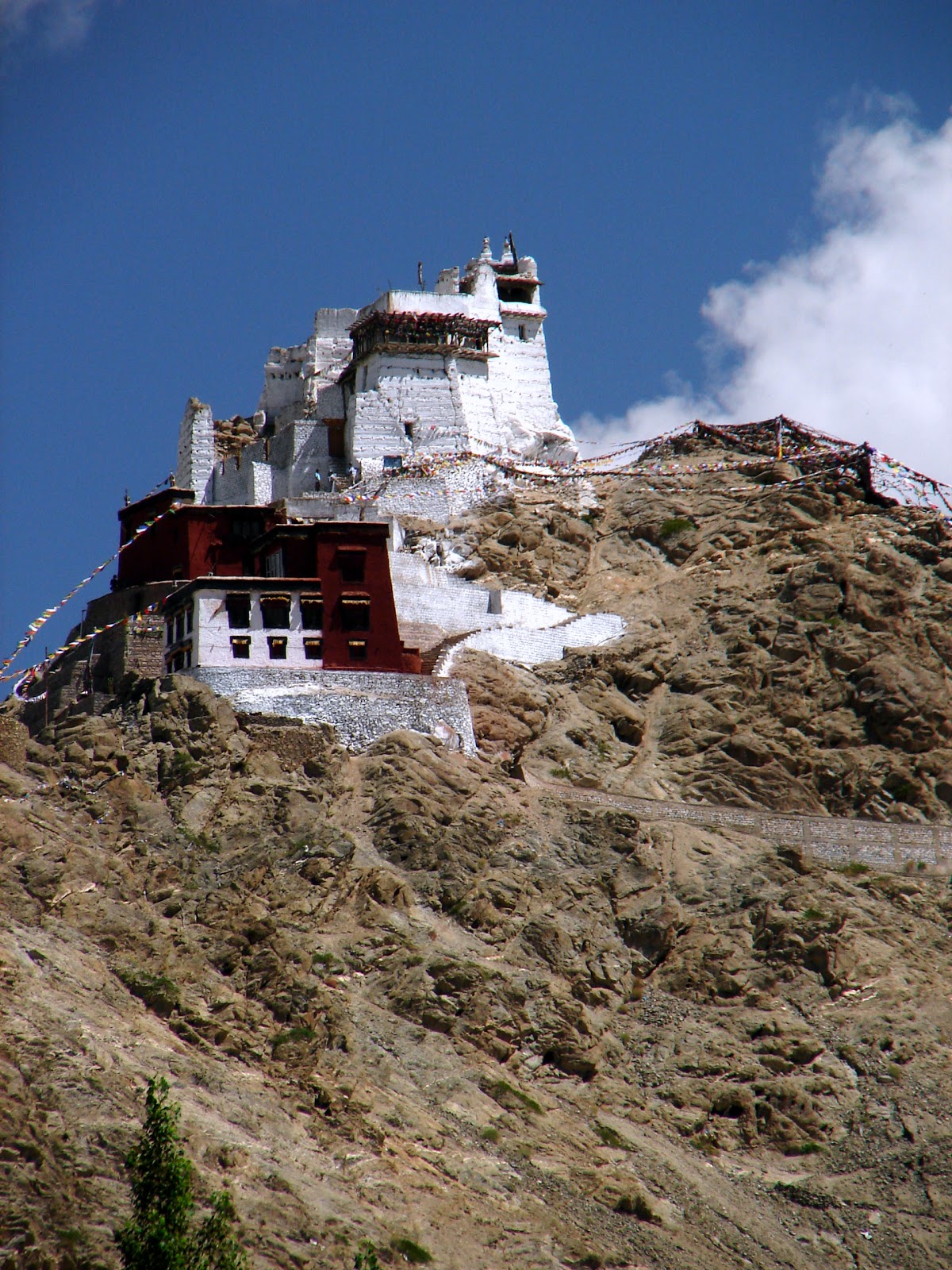 One of the most treasured possessions of the monastery is a three-stories high solid gold idol of Maitrieya Buddha (future Buddha, also known as the laughing Buddha). It also houses a statue of Avaloketesvara and Manjushri, approximately one storey high. Avaloketesvara and Manjushri were the Bodhisattvas of compassion and wisdom respectively.
Posted by Casey at 11:11 PM