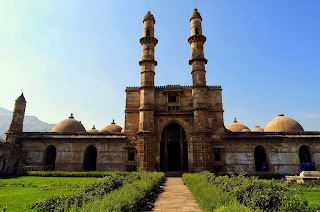 Champaner, a sleepy town, with its crumbling fortifications, is a tribute to Begada's architectural imagination. The focal point of Champaner's World Heritage status, is the imposing Jama Masjid. Dating to 1513, this is one of the finest mosques of Gujarat. The fine architecture is an unique amalgam of Hindu and Muslim styles of decoration. This gigantic structure with two imposing minars on either side of the central entrance to the prayer hall was constructed over 125 years. The minars are a fine blend of Hindu and Islamic architecture. 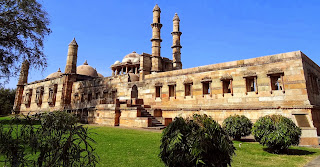 The mosque is a place of pilgrimage for those who seek blessings from the pir who is buried in one corner of the mosque gardens. 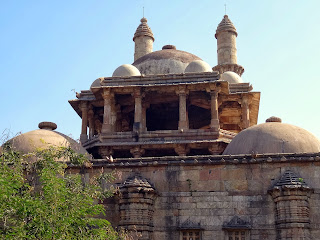 The roof just behind the central dome is filled by a carved slab of great beauty and ingenuity of workmanship. There are seven mehrabs (prayer niches) in the back wall of the main prayer hall, the central being more elaborated. The northern section of prayer hall was separated by a perforated screen, reserved for ladies from where an extra entrance was provided. The prayer hall has eleven domes with the central dome, a double-storied structure, built on pillars in an arcade form. A pillared corridor goes round the vast court yard. 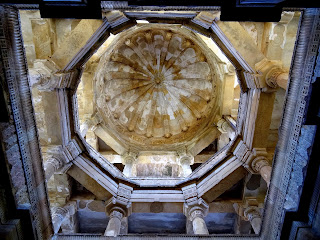 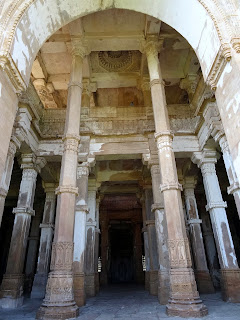 The mosque stands on a raised platform and comprises a walled structure with entrances on its north, south and east sides. The eastern entrance is the main gateway into the building and projects outward in the form of a wonderful doorway embellished with skillful decoration in stone. 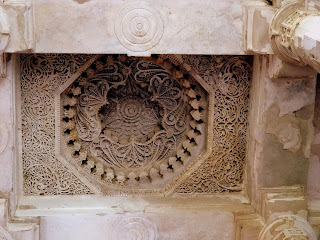 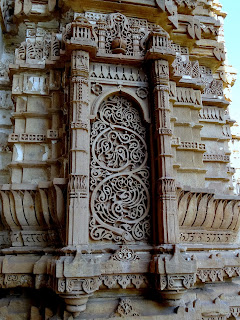 The mosque has a courtyard surrounded by pillared corridors, with the main shrine at the far end within which are seven mihrabs or prayer niches. Like the Shahar-ki-Masjid , this mosque also has five arched entrances, with the central one —higher and more prominent flanked by 30 metre high minarets. This mosque had three oblong mural plaques, one at the top of the pulpit and the other two on the sides, with engravings of hymns from the Koran. Of the two minarets, one was damaged by an intentional gun firing in 1812 by Patankar, a Scindia Governor considered a “tyrant.” 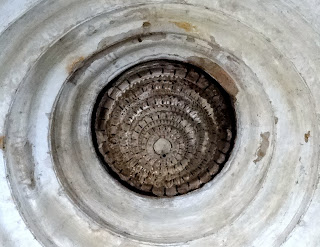 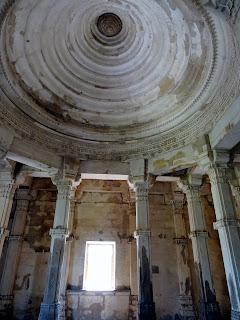 It was during the reign of Mahmud Begahra a passionate builder, the famous Gujarat Muslim style reached its apogee. The Hauz-i-Vazu, a large open-air tank for rainwater harvesting, adjoins the main mosque. Nearby is a stepped tank that must have been used for pre-prayer ablutions.Water-wise, Begada created narrow ledges at the base of slopes to contain downhill streams, leading to interconnected lakes, and finally to the largest Vada Talav in the plains. 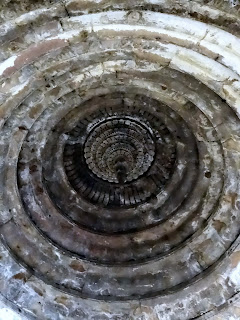 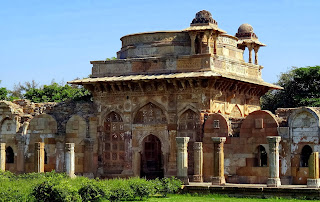 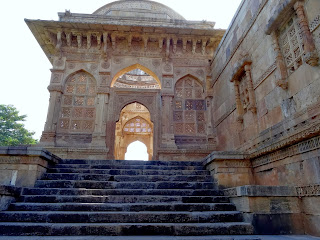 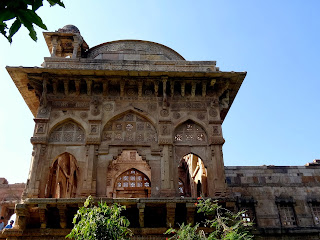 Artisan communities responsible for building Champaner's mosques practised the regional style of architecture, offering their skills to the reigning patron, regardless of his faith. Even though figural representation - a mainstay of temple embellishment was prohibited in Islamic religious buildings, the artisans had many opportunities to practice their trade in the profuse aniconic ornamentation. The stone mihrabs in the Jami Masjid and other mosques had recessed frames with lintels topped by aedicular niches within which were carved symbols of plenitude: the sun, pot and foliage. Besides the pot motif (purnaghata), the mosque and tomb surfaces were ornamented with the vine (kalpavalli), the bands of diamond motif (ratnapatta), and lotus medallions (padmasila), which had adorned the surfaces of earlier temples.

Although the stone carvers and masons worked within a regional design tradition, learned by imitative practice and passed down from one generation to the next, their knowledge and skills were employed with a degree of flexibility and inventiveness. The building patrons and users were identifiably Hindu, Muslim, or Jain, but while the workers themselves also had specific religious identities, their art was not limited by sectarianism but could be adapted as needed. Their building knowledge and skills were a living tradition imbibed from their forefathers, not a codified and static text that would prove irrelevant with changing times and patrons of different faiths. 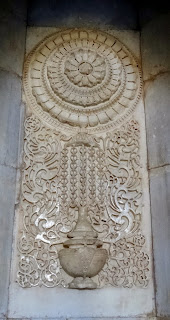 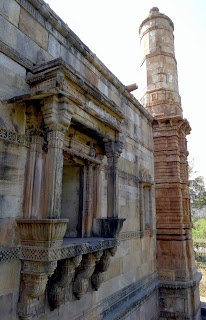 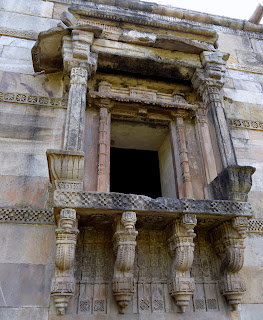 Among all the UNESCO world heritage sites of India, Champaner is the least celebrated.This is truly one of India's finest archaeological sites and yet limelight still eludes it...Which muezzin called the faithful to prayer at this masjid? I wonder!

Looks wonderful. Great architecture. As you entioned, definitely the least celebrated of the UNESCO sites in India. Thanks for sharing this nice article.

Thanks Niranjan for visiting my blog.

very informative , good capture of details , Thanks for the efforts in creating information for public domain ,

Just by chance, I stumbled upon your blog. It is full of information and good photos. I read through many of your posts and liked them very much.

Thank you Lotusleaf for visiting my blog and linking the posts.