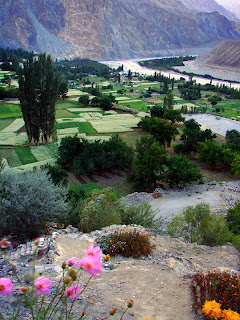 The barren landscape slowly transformed to green pastures. The chortens and prayer flags, those ubiquitous landmarks of Ladakh, had disappeared. The village transformed from Buddhist-Ladhaki to Muslim-Balti both culturally and linguistically as we drove from Hunder via Panamik to Turtuk, a delightful hamlet tucked into a narrow Shyok river valley in the farthest corner of India. It is literally the last village on Indian Line of border control. 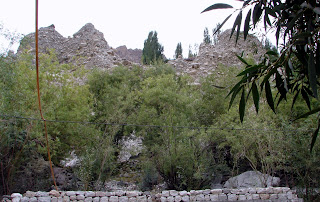 The scenically magnificent main village is up a steep stairway leading to stone terracing. High on a crag are the crumbling ruins of an old fort. Turtuk like any other typical Baltistan village perches on laboriously terraced and fertilised alluvial fans that extend from side streams onto the banks of the main rivers. It is a tight cluster of interconnected houses and narrow passageways. Houses of stone and dried mud-brick with flat roofs of interlaced willow fronds overlain with mud stand in the shade of giant apricot, walnut and mulberry trees. As with other Ladakhi/Balti villages, water channels gurgle through the winding village lanes.

River Shyok (literally "the river of death" in Yarkandi or Central Asian - probably given by the Central Asian traders who ventured on this treacherous route for centuries and perished) a roaring, turquoise torrent rushing to converge with the mighty Indus in Pakistan is the only thing noisy and brash in an otherwise tranquil and peaceful podunk. Its water is augmented perennially by the countless little streams originating from the Himalayan glaciers. One such gushing glacier-stream cuts across Turtuk, dividing the village into two sides known as the Youl and Farol. Youl, the original Turtuk village, is clustered below the old fort and palace on the west bank of the stream. Pharol is the newer village area among terraced fields on the east bank of the stream. About 300+ Balti families belonging to Tibetan origin stay happily together on either sides. 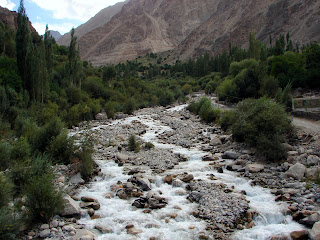 In the Balti language, balti refers to a basement chamber where animals are housed below the ground-level human dwelling space. Such protective housing for a necessarily limited number of animals marks the early Balti people as settled agriculturists. These Tibetan-speaking farmers might have been known to their Tibetan pastoral neighbors as Balti-pa, "those who keep their animals in an underground chamber"

In winter the families occupy an 8X10 feet ground floor room with their animals quartered below in the balti. In summer much of the life and work of the household takes place on the roof. The village occupies as little space as possible in order to allow maximum amount of cultivation in this inhospitable soil. The village is surrounded by small plots of privately owned land. Although new lands are developed through communally pooled labour, as the land comes into production it is divided into individually owned parcels, and villages must travel farther and farther away from the village to work their fields. The people continue to reside in the main village, preserving its compact character. 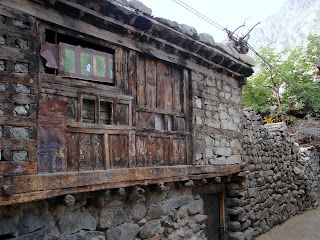 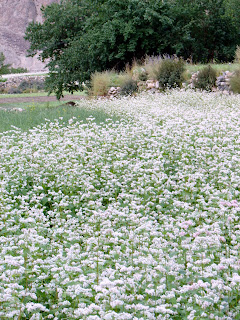 Being lower in altitude than most towns in Nubra Valley (somewhere around 3000m), the village is fertile and lush with vegetation. Agriculture is in its full splendour during the summer months. Vegetables including cauliflower, tomato, cabbage, spinach, carrots and greens are cultivated and stored for the long and hard winter. Apricot trees border every house's fencing. Walnut trees sport green, unripe fruits. The locals dry up the mature fruits to extract the crispy walnuts. Ancient Chinese documents refer to Baltistan as 'Apricot Tibet' and Balti dried apricots were prized as far east as Lhasa. 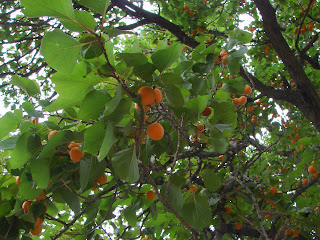 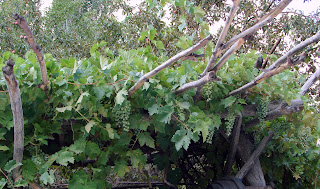 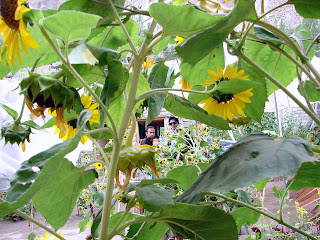 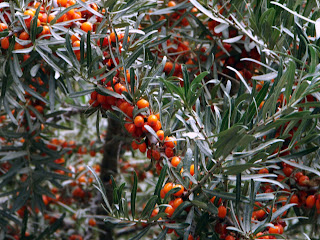 The Balti, presumably descendants of the Scythians (Saka), form a majority group among the Muslims of Ladakh in Jammu and Kashmir. They derive their name from their homeland Baltistan, and they also perceive their distribution in Kargil, Leh and in parts of Baltistan. They speak Balti and use the Perso-Arabic script. 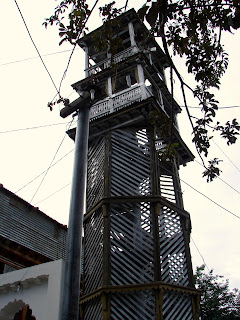 The Baltis were Buddhist prior to 1400. At approximately that time, Sufi teachers converted the Baltis to Islam. Local tradition attributes the origin of Islam in Baltistan to one or more visits from Kashmir by Sayyid 'Ali al' Hamadani. There is no historical record of his personal visit, but his influence, whether directly or through his disciples, is well established. Some of the oldest mosques in Baltistan are wooden Khanaqahs, constructed on the unique design of the famous Shah Hamadan mosque in Srinagar.

But most interesting, the Nurbakshiya Sufi order, derived from Ali al Hamadani through Isaq al Khuttalani to Muhammad ibn Abdullah (known as Nurbaksh) was brought from Kashmir to Baltistan. Nurbakshiya Sufis still prevail in the eastern sections of Baltistan and are numerous in the Shigar region. The rest of the Balti population, notably in the Skardu area is predominantly Shia. 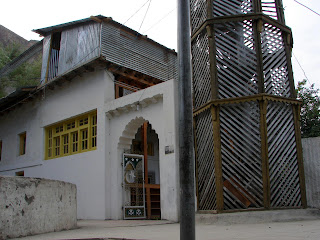 Following information has been borrowed from Encyclopaedia of the World Muslims: Tribes, Castes and Communities, Volume 1

A more important social-organisational correlate of Balti hydraulic ecology is seen in the history of state formation and alien rule in Baltistan. What are now the three most intensively irrigated regional centres in Baltistan - Skardu, Shigar and Khapalu - were, from as early as 740 A.D., the foci of major political development in the upper Indus Basin. Most likely under the sponsorship of Chinese imperial power in Turkestani dynasties established rulership in all three regions of Baltistan. The Amacha family ruled over the sovereign state of Shigar from some unknown date of origin until 1840.

The Yabgo dynasty was ruling in Khapalu for some time well before 1500 until 1972, when Khapalu was fully annexed into Pakistan. There is a reason to believe that 'Amacha' derives from Amacas, a title granted by the Chinese crown to the kings of Khota; and the 'Yabgo' derives from yabghu, the title of the 8th C Turkic Buddhist rulers of Kundus in the Tokharistan region of Turkestan.


In Baltistan, these dynasties came to rule under the title cho ('chief' in Balti/Tibetan). Thus a ruling class of ancient Turkestan origin (called Kha-Cho, brothers of the Cho) ruled over indigenous Tibetan-speaking cultivators. The Balti states lost sovereigenity and were gradually absorbed into the British-Indian empire beginning in 1840, when Zorawar Singh conquered all of Baltistan and Ladakh. 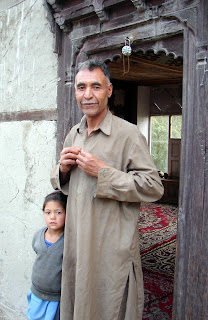 We were honored to meet the Khan of Turtuk, Mohammad Khan Kacho of the Yabgo Dynasty of Chorbat Khaplu. He is the direct descendant of King of Western Turkistan that ruled over this area (called Baltistan Chorbat) for over 1000 years (800AD – 1800BC). His ancestors derived their power and wealth from Turtuk’s strategic location on a feeder road of the Silk Route going on to Central Asia via Skardu and Yarkand. The old Khan now lives a poor life with a young wife and daughter aged 8-10 years who could be easily mistaken for his grand daughter.

Khan has his own private museum of family artefacts that have been passed on for generations. A proud historian himself he has written up the history of his village and compiled the family tree from a cloth version that was passed from generation to generation. A very humble and hospitable man, he warmly welcomes one and all to his humble abode and talks about his royal history with pride in fluent Hindi.


People of Turtuk primarily speak Urdu. Many can converse in Hindi and some Ladakhi. Most also have only a smattering of English. 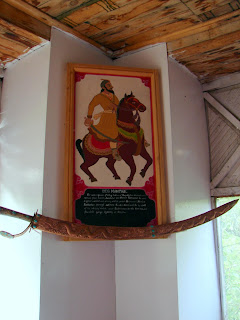 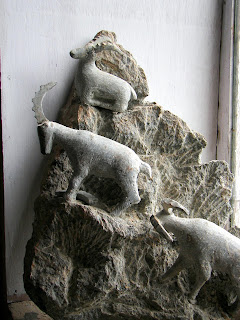 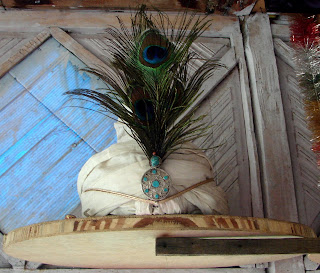 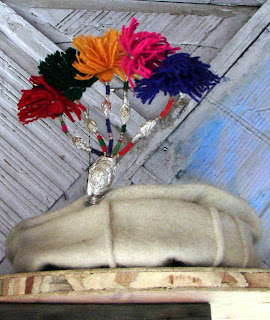 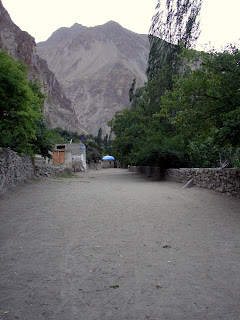 Myriads of cobbled paths led us to a polo ground in Farol. Horse polo is the famous game of Baltis and is being played for centuries with gaiety and fervour. A game of Central Asian origin, it was first played in Persia (Iran) at dates given from the 6th century BC to the 1st century AD. Polo was at first a training game for cavalry units, usually the king’s guard or other elite troops. To the warlike tribesmen, who played it with as many as 100 to a side, it was a miniature battle.

In time polo became a Persian national sport played extensively by the nobility. Women as well as men played the game.From Persia the game spread to Arabia, then to Tibet (the English word polo is the Balti word meaning “ball”), to China, and to Japan. 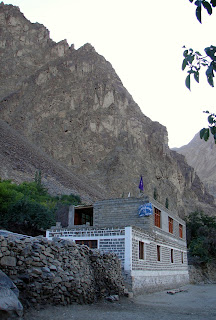 Both parts of the village have a school that is managed by Avalokitesvara Trust.The trust’s vision is to empower children with the gift of education, the joy of learning, bringing previously absent opportunities for a better overall quality of life in the region.

The aim is to enhance the mental, emotional and psychological development of children within and beyond the education they receive at school, giving them the best possible foundation for the rest of their lives. 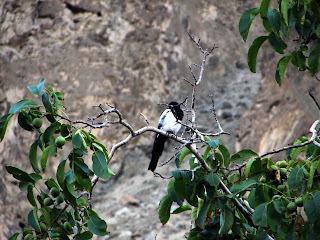 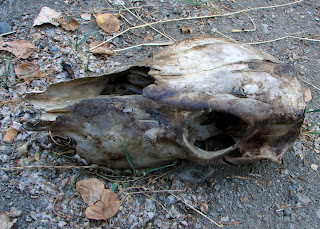 A land that is not frequented by the tourists manages to cling on to its slowly dying Balti culture. A visit to this little village sure makes you feel like you are on top of the world!