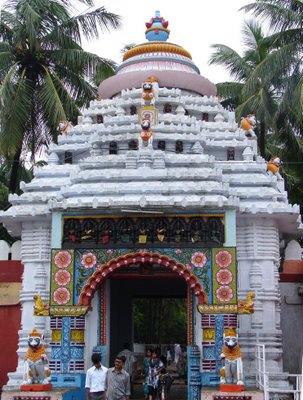 Gundicha is the aunt of Lord Jagannatha. According to a legend, lord Jagannatha is said to have expressed his desire to visit his birthplace Gundicha ghar once every year for a week. Accordingly, the deities Jagannatha, Subhadra and Balabhadra are taken to Gundicha mandir for a week during rath yatra. After a week, the lord returns to his temple. It is said that the wife of King Indradyumna was also named Gundicha.

In between Gundicha mandir and the 'Simhadwaar' from where the rath yatra begins, is the mausima mandir. The lord takes 'podapita' a special rice cake and then continues his journey to Gundicha mandir. It is stated in Skanda Purana that Mausima drank half the water during floods and saved the town of Puri and hence her name 'Ardhasini'.

Chaitanya Mahaprabhu was a great devotee of Lord Jagannatha. It is described in "Shri Chaitanya Charitamrita" that Shri Chaitanya once expressed his desire to wash the Gundicha temple. 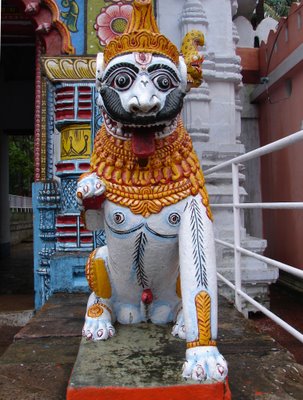 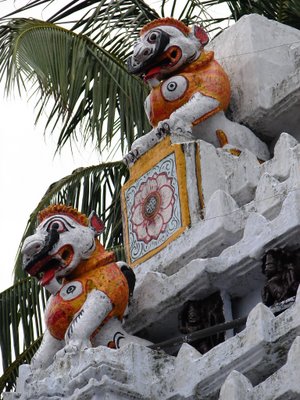 Upon hearing the Lord's request Padicha (superintendent of the temple) said

My dear sir, we are all your servants
Whatever you desire is our duty to perform

They delivered hundreds of brooms and water pots to the Lord to clean the temple. The next day, Shri Chaitanya mahaprabhu was personally carrying out the operation of cleaning the temple. The devotees cleaned the bhoga mandira (place where the deitiy's food is kept) , yard, residential quarters one after the other. Shri Chaitanya mahaprabhu then gathered all the dust, straw and grains in his clothes and threw it outside. Hundreds of devotees brought water in pots and cleaned the temple. 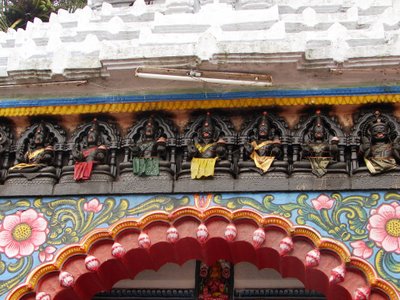 Shri Chaitanya mahaprabhu washed and cleansed the Gundicha temple with his devotees and associates. In this way he made it as cool and bright as his own heart and thus he made the temple a befitting place for Lord Krishna to sit. 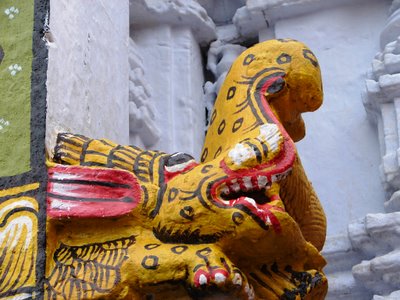 Lord Jagannatha left his wife Lakshmi, and went to Vrindavan (which is Gundicha mandir). When the Lord started on his rath yatra, he had promised to return the next day. When he does not return the next day, she was so upset that she ate only simple food and moved to the store room of the temple. After five days, the goddess decided to go to Gundicha Mandir on a paliquin and meet the lord. She arrived at the main gate of the temple in an angry mood. When the goddess arrived, her servitors - the devidasis confront the head dayita and sing the Hera Panchami song (Hera means to 'see' and Panchami means 'the fifth day') pulling at the dayita's dhoti. The Hera Panchami song expresses Lakshmi's anger. One of the devidasis then broke a piece of the Lord's chariot.
Posted by Casey at 6:46 PM

Vinutha and Lingaraj said...
This comment has been removed by a blog administrator.
September 21, 2006 1:19 PM

i hadn't heard of gundicha... very intresting.... is the broken chariot still there ?

Located in Puri, the Gundicha Temple is considered to be the birthplace of Sita, consort of Rama and has two gateways: one for Jagannath’s entry and the other for his exit. Check out all best hotels in Puri for tourist accommodation.