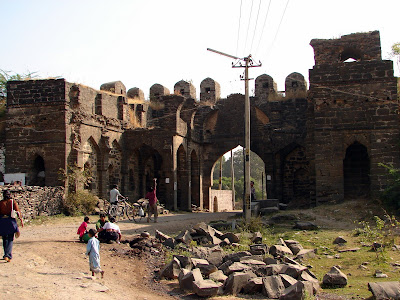 An old provincial town, Gulbarga rose to prominence under the illustrious Bahmani dynasty founded by Hasan Ganga, a rebel Amir of Daulatabad who later assumed the title of Ala-ud-din Bahman Shah. The Bahmani dynasty ruled over the Deccan for nearly 200 years with Gulbarga as the Capital until 1424 and, later, Bidar. The title, Bahman Shah, is mentioned in an inscription on a local mosque and also on the coins of the dynasty.

Another legend traces the title to a half-mythical figure from Persia called Bahman. But, according to Ferishta, the great scholar and poet, Ala-ud-din called himself Gangu Bahmani in memory of a Brahmin who had employed him as a servant. Bahman Shah filled Gulbarga with beautiful palaces, mosques, stately buildings and bazaars. His successors continued the good work and the town blossomed completely. 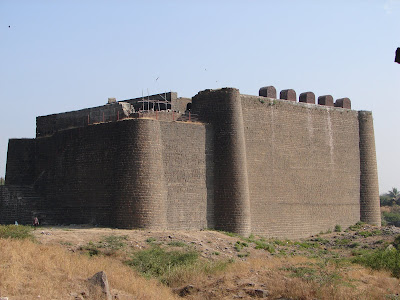 The Gulbarga fort, occupied by the mighty Bahamani Sultanate, had withstood the advances of the mighty Vijayanagara empire. It was originally built by Raja Gulchand, and later strengthened by the first Sultan Sikandar-i-Sani Ala-ud-din Hasan Bahaman Shah-al-Wali, popularly called as Bahaman Shah. The smoky-looking structure has been a silent witness to generations of invading armies, raiding marauders and victorious rulers. Razed to the ground by Krishnadevaraya of Vijayanagar it rose like a Phoenix when Adil Shah undertook its repair with the booty captured from Vijayanagar. Standing tall, the Gulbarga fort contains large buildings, temples, stables, ammunition godowns, carriages, 15 towers, 26 guns and several beautiful courtyards. But, owing to neglect, the buildings have turned into crumbling ruins. Several illegal constructions mar the beauty of the fort and the encircling moat is filled with garbage. 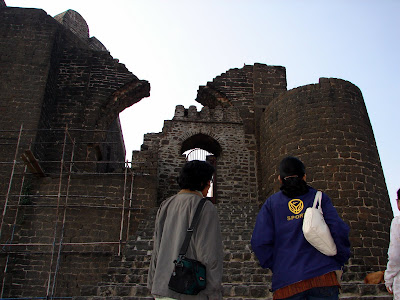 The genesis of the Bahamani Sultanate may be traced to the several insurrections that broke up the Delhi empire in the 13th century which was then ruled by Mohammed-bin-Tughlaq.

The officers in the province of Daulatabad (now in Maharashtra) had failed to collect the revenue. When the emperor's punishment seemed imminent, some of the rebels planned to escape to Gulbarga under the leadership of Hasan Gangu.

Gathering an army at Gulbarga, Hasan Gangu went to Daulatabad and defeating Nasir-ud-din, who had been earlier proclaimed king of the Deccan by the rebels, proclaimed himself the king and assumed the title of ‘Sikandar-i-Sani Ala-ud-din Hasan Bahman Shah-al-Wali’.

He was the first sultan of the mighty Bahamani dynasty, and acceded the throne in 1347. He moved to Gulbarga the same year and the rest, as they say, is history. 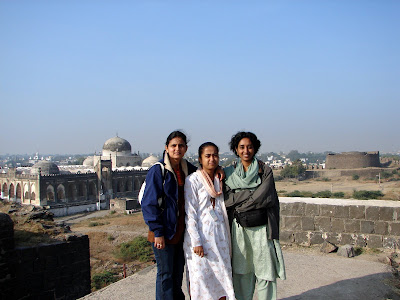 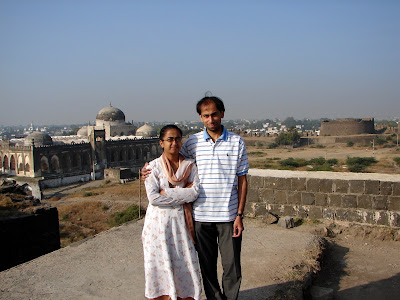 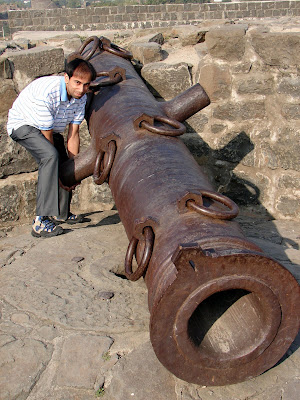 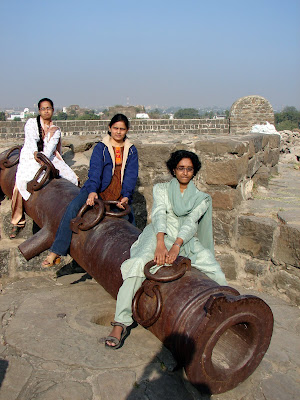 The fort and the buildings in the fort, have been recognised as national monuments by the ASI, and are guided by The Ancient Monuments & Archaeological Remains Act of 1958 (24 of 1958). The Jama Masjid built by the second Sultan of the Bahamani, Mohammed I, in 1363 A D, an abandoned Vishnu temple with the Vishnu missing, the 'Rana Mandala', a huge structure situated in the centre of the fort used as a canon firing position, horse and elephant stables, and other small structures dot the fort. 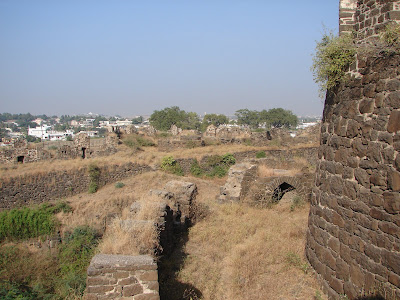 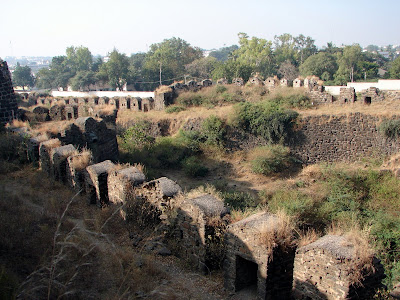 Fort Wall
The fort is currently being repaired by the ASI. Gulbarga Urban Development Authority has stated that land will be identified where the families of the encroachers will be shifted. Over 150 families are currently enchroaching the fort and they have been quite successful in destroying the historical monument. Whatever little is left of the fort, will also be totally destroyed if some measure is not taken immediately.

We walked besides the crumbled fort wall for a little distance. We saw a few playing cards lying strewn around. They might have probably been used by the encroachers. U had been mentioning that we should have brought a deck of cards with us to play on the train and V didn't let go of this opportunity to mention that we could pick up the cards and play later on the train :).

When it seemed totally impossible to step through the piled up garbage, we returned to the main fort tower (probably the only one). We saw a little boy riding his bike and V greeted him in Kannada in the North Karnataka dialect (or so he thinks :)...). Since there was nothing much to see in the fort premises, we walked over to the little building that we had seen from atop the fort.
Posted by Casey at 8:36 PM

HI BUDDY
Make more of these kind of Pictures.
That's how you can popularise Gulbarga
Look at my videos in You tbe 'sunny4020'

Apart from the fort, there are many other uncared for monuments in Gulbarga. Hope you visit the city another time and whet your curiosity. Hope you realise your dream of visiting Machu Pichu.