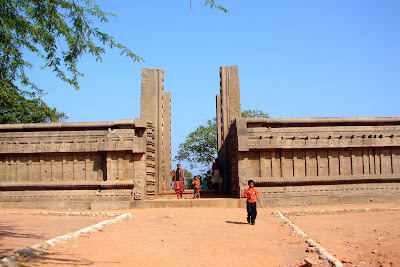 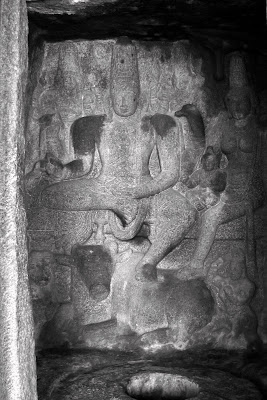 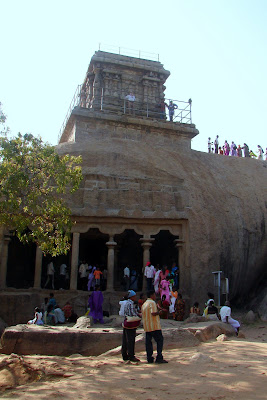 Mahishasuramardini cave was built in mid-seventh century. The cave has two impressive friezes at each end of its long hallway.

The mythological story of Goddess Durga's fight with the demon, form the basis of this beautiful panel. Durga, the mother of the universe, is shown seated on her lion fighting the buffalo-headed demon, Mahisha. 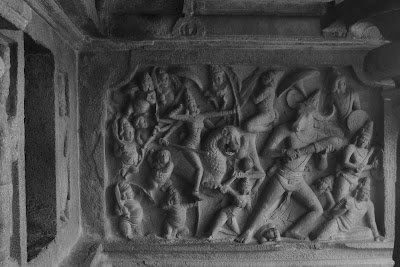 At the opposite end of the veranda, is depicted Lord Vishnu lying under the protective hood of the seven-headed serpent Adishesha. 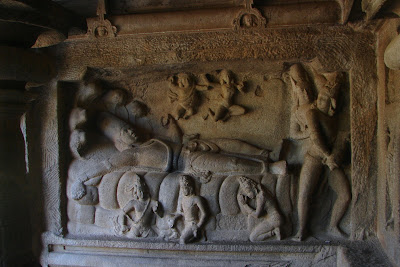