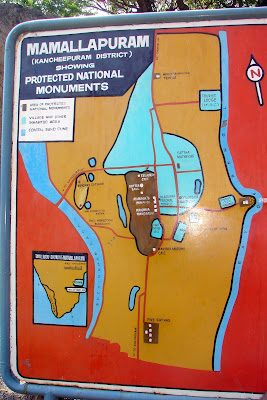 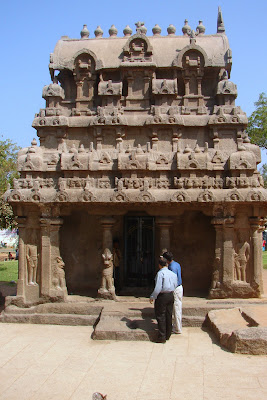 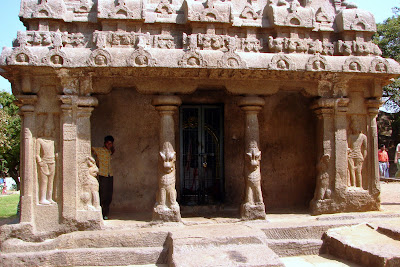 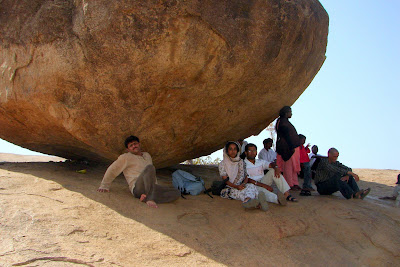 Krishna's Butter Ball is a huge, spherical monolith near the Ganesha Ratha. It rests precariously on a narrow rock base and seems to defy the rules of gravity. It is fifteen feet in diameter and could have probably been the raw material for the temples around.

I read somewhere that it was probably one of Krishna's pranks to leave the rock there. Wonder what Krishna could have been doing there playing with this huge rock?

It is believed that several Pallava kings have attempted to move the stone, but legend is that neither the kings nor their elephants could shift the boulder even by an inch.
Posted by Casey at 3:17 PM