Most of North Karnataka's rivers originate in the Western Ghats. The Krishna and its tributaries-the Bhima, Ghataprabha, Malaprabha and Tungabhadra-cover a length of about 700 km. Krishna's basin covers 13 districts and about 60% of Karnataka's geographical area!

Rivers, elevations and rains create spectacular waterfalls in North Karnataka. Belgaum district has more than six big waterfalls, of which the Gokak and Godachinmalki falls are the most magnificent and most popular with tourists.

The Godachinmalki Falls also known as the Markandeya Falls located in a rugged valley enjoys a beautiful and exotic setting. Located within a green valley, it is approachable from Godachinmalki village by a short trek through an irregular forest route. Another route is from Pachhapur via Mawanur, which is about 6 kilometers. 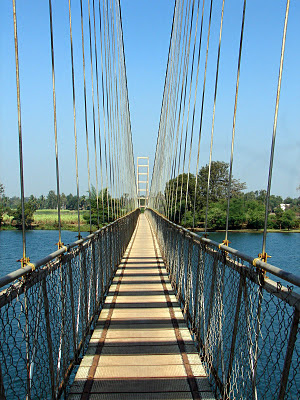 Inspired by former president A P J Abdul Kalam’s belief that “physical communication between two places paves way for development.”,Girish, the 60-year-old mechanical engineer has constructed as many as 84 hanging bridges across the rural landscapes of Karnataka, Andhra Pradesh and Kerala to keep the villages connected during heavy rain.

The idea of building a hanging bridge came to Girish when residents of his village prompted him to build a hanging bridge across the Payaswini river at Arambur village in Dakshina Kannada district in 1989. He is confident that with proper maintenance, the bridges he built can survive for more than 100 years. The bridges are built according to the conditions of the place. Girish’s repertoire includes bridges with supporting cement pillars and huge tree trunks used as anchors. 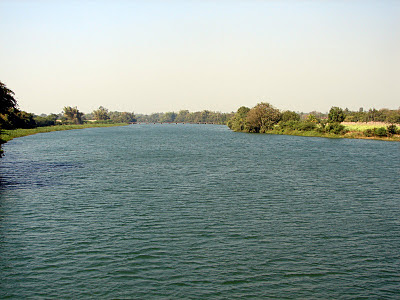 The engineer along with his colleagues from Ayyashilpa Company Sullia, visit the spot where a bridge is needed, and go about their jobs.

The biggest bridge that Girish has built is a hanging bridge of 280 metres connecting Avaragola and Ghodageri villages across the Ghataprabha in Belgaum district. He says that he is ready to teach the art of constructing hanging bridges free of cost to youngsters who are willing to devote time and energy for the same. (Girish Bharadwaj-9448123475) 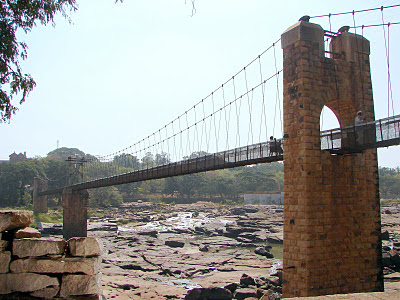 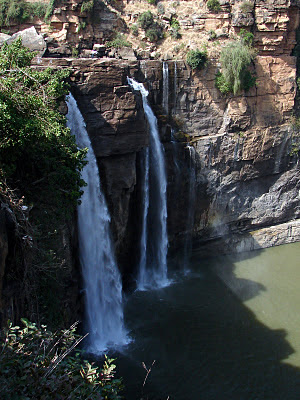 Gokak falls also known as the Northern Mysore Falls and compared to Niagara Falls (because of their distinctive horseshoe shape)is close to Gokak town. Ghataprabha river leaps over sandstone cliff into a rocky gorge 170 ft down which is a beautiful sight to behold. In flood, the falls extend across 177 metres. A 201-metre long hanging bridge is suspended 14 metres above the river. Several temples and monuments, dating back to the days of the Later Chalukyas of Kalyana, are found on the banks of the river. 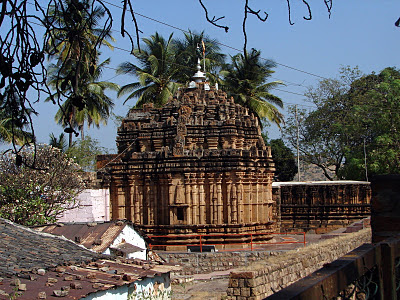 The department of tourism Karnataka Govt should take-over Gokak-falls and temples around it for the protection and development of this place as tourist spot in the interest of the public.

Check my blog too of this beautiful place
https://distancetravelling.wordpress.com/2014/09/11/gokak-godachinmalki-waterfalls/

Thank you Prakash, Dr Arjun and distance travelling for visiting my blog.

Hi..It was nice reading your blog spot. Located in Belgaum, Gokak is a pristine and majestic waterfall and a great place for a full day fun and frolic. While exploring the city, you can book your stay at these hotels in Belgaum which will further take away your worries associated with accommodation.

Nice post! thanks for sharing this wonderful post, its really awesome to read this blog. book your tickets in SRS Travels and enjoy your travel.

Hi
The Godachinmalki Falls is a waterfall located on Markandeya river in Belgaum district, Gokak Taluk, Karnataka, India. It is 15 kilometers away from Gokak and 40 kilometers from Belgaum. It is located in a deep green valley.

Very interesting post, we enjoyed each and everything as per written in your post. Thank you for sharing this article because it’s really informative. If you are planning for your holiday and searching for the beautiful place to spend your time then you can wander around this vibrant city. It really helps people to plan for future trips. If anyone want go to visit these places and your online bus ticket booking advance in SRS Travels and get more Bus Ticket Offers.

Hi,
Godachinmalki falls, also known as Markandeya falls, is located in a rugged valley, which is approachable from Godachinamalaki village by walking as well as by vehicle through an irregular forest route for about 2 kilometers and there are two routes to reach the falls from Godachinamalki, one is vai Malebail road by crossing bridge at godachinamalki and another one is vai Gurusiddeshwar Temple(Hatti Siddeshwar). It can also be reached from Nirvaneshwara Matha near Yogikolla, only by foot.

Very interesting post, we enjoyed each and everything as per written in your post. Thank you for this article because it’s really informative. If you are planning for your holiday and searching for the beautiful place to spend your time then you can wander around this vibrant city. It really helps people to plan for future trips. If anyone want go to visit these places book your online bus tickets advance in SRS Travels and get more offers.