Sugandavarthi, now popularly known as Saundatti was the capital of the Ratta chieftains during the period 930 A.D. to 1230 A.D. The founder of the Ratta dynasty of Saundatti in the Belgaum District is stated to have been raised to the position of a feudatory chieftain by a king named Krsna who has been identified with the Rashtrakuta emperor Krsna III (939 - 67 AD). An inscription of 1218 A.D. represents the said Rattas as the descendants of the same Krsna, called Krsna-Kandhaara, while in another record of 1209 A.D. from Hannikeri near Sampgaon in the Belgaum District mentions the same king as Krsna-Kandhara and represents him as Kandhaara-pura-varaadhishwara, 'The supreme lord of Kandhaaarapura, the best of cities'. The Rattas of Saundatti, used to represent themselves as lords of the city of Lattaloora. 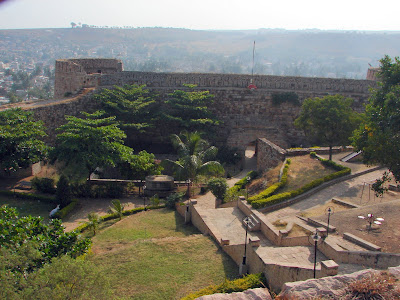 Saundatti was popularly known as Sugandhavarthi, Saugandhipura in the krutayuga. Jayappa Desai II of Navalgund - Sirasangi built the fort at Saundatti. He ruled Sirasangi- a prominent dynasty from 1734 A.D - 1758 A.D which was recognised as the "Golden Era". He was a clever administrator. He was humble, Religious, generous and sympathetic to his subjects. He was a great scholar and a poet. He composed poems in several languages and was also a patron of art . He translated the Sanskrit work "Deekshitara kuvalayaananda" composed by Appayya and "Rasamanjari" composed by Bhaanudatta to Kannada. 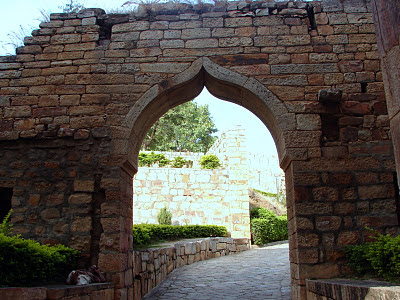 He paid prominence to the safety of his dynasty and constructed forts on elevated lands. He constructed forts at Kusugal (Hubli taluq), Sirasangi and Saundatti at a total cost of 8.5 lakh Rupees. He started the construction of Saundatti fort in 1743 and completed it in 1751 at a total cost of 2 lakh Rupees. The fort is spread over an area of 10 acres and is built of red sand stone. The bastions, stone walls, stone arches, moat and watch towers enhance the beauty of this fort.

Hyder Ali attacked the fort during 1777 - 1782. There are records stating that Hyder Ali and Tipu Sultan not only received large amounts of wealth from the Desais and but also looted the kingdom. 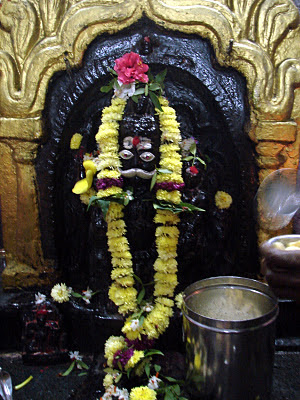 The rulers of Navalgund - Sirasangi were Veerashaivas. KaaduSiddeshwara of Siddhagiri was the Rajguru. Kaadusiddeshwara was the family deity of the Sirasangi rulers. The ancient temple of KaadaSiddeshwara was constructed (1635 A.D. - 1638 A.D.) prior to the construction of the fort by a farmer Kallappa who belonged to Saundatti village.

Jayappa Desai II remodelled the temple while constructing the fort. The temple is constructed with white stones and is 430ft in diameter. 59 steps lead to the temple. There is a vast navaranga and the beautiful idol of KaaduSiddeshwara sculpted in black stone is magnificient.

Jayappa Desai constructed a beautiful palace within the fort walls. 40 feet Darbar hall, teak wood door, windows and pillars were very artistic. The palace was burnt down in 1942 during "Quit India movement". 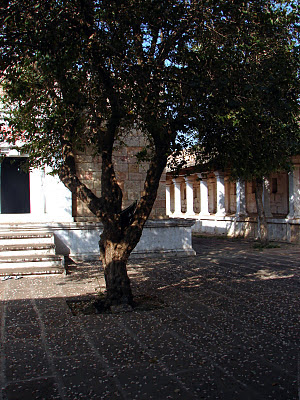 really i was so great to hear the rule of Rattas and the monuments built by them in Belgaum, Hooli and Saundatti and at Parasgad...