Known as poor man's hill station, Belgaum has a pleasant weather that attracted the Europeans to establish a Cantonment in the year 1832. It is one of the 62 Cantonments in the country and the only Cantonment in the State of Karnataka. It provides the city with beautiful lung space and is a walkers' paradise. It comprises of main Cantonment and Fort area. 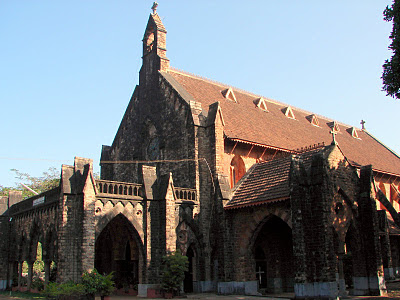 Of the several historical monuments in Cantonment, St. Mary's Church deserves a special mention. This Gothic church was designed by Reverend Francis Gell and built under the supervision of the then army garrison engineer. It is built of Gokak pink stones, Alnavar and Dandelt teak and mortar. It took five years to complete. It was consecrated on April 15, 1869 by the then Governor of the Bombay Precedence. 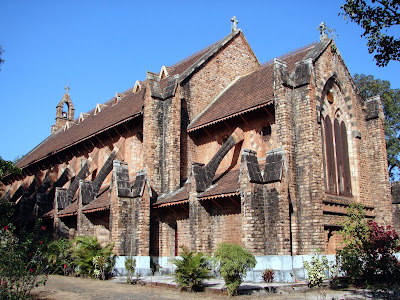 The pointed arches allows a greater weight to be carried when compared to a Norman rounded arch. It is important to note that in addition to providing a greater flexibility to architectural form, the pointed arch also directed one's gaze to heaven.Due to the versatility of the pointed arch the structure of Gothic windows evolved from simple openings to immensely rich and decorative sculptural designs and the windows were later filled with stained glass which added a dimension of color to the available light in the building.

The buttresses allow the extra weight to be transferred to additional parts of the church. 'Flying buttresses' allow the outward pressure of the massive roofs to be resisted. The ability to cope with greater weights also allowed Gothic architects to use larger windows. 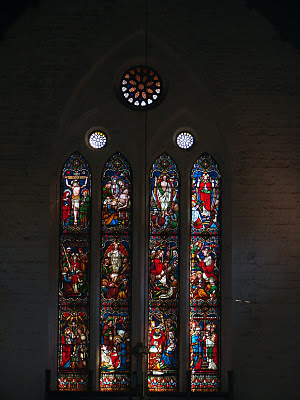 The teak and marble altar is towered by an exceptionally beautiful stained glass collage. The collage is 20 feet tall and 8 feet wide. The collage depicting the life of Lord Jesus from birth to resurrection in 12 frames was made in Italy. The sun filters through the stained glasses in the church during the morning service creating a breathtaking view. The main thrust of Gothic style is to make light all important. The pipe organ is as old as the church itself. 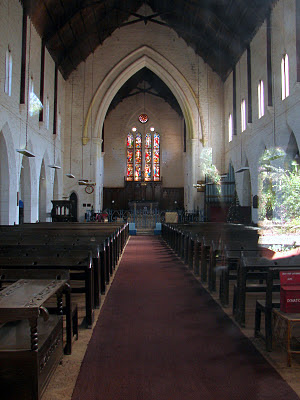 St Mary’s Church follows the Anglican form of worship. Prior to Independence, it was the Army Garrison Church of Belgaum, under the Army Station Commander, the Bishop of Bombay and the Archbishop of Canterbury, England. The head priest of the church was the Chaplain of Belgaum. Even today the locals refer to this church as the Church of England or High Church.
Posted by Casey at 10:52 PM

Thank you Sridhar for visiting my blog. Thanks for liking the posts and photos