Yuma Changchubling, better known as the Rizong Monastery was built in 1829. The monastery, founded by Lama Tsultim Nima, follows the Gelukpa order and is quiet well known for its high standards of monastic disciplines. The monastery is headed by Rizong Shas Rinpoche III who was born in Matho and spent most of his initial life in this monastery. 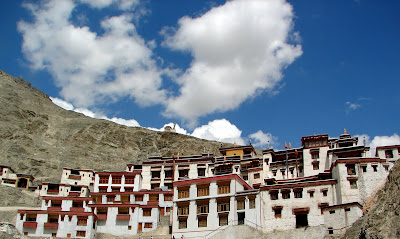 His Holiness Rizong Rinpoche III, one of the most highly respected lamas alive today, was born in Matho in 1928 and recognised as the reincarnation of Shas Rinpoche II at 2 years old by His Holiness the 13th Dalai Lama who had predicted the circumstances of the rebirth. The Rinpoche went to Rizong Monastery at 4 years of age to study and at 17 went to Tibet to continue his studies, joining Drepung Loseling Monastery, Lhasa, in the mid-1940s. He returned to Rizong in 1959 after the Chinese occupation of Tibet then went to Dalhousie to study for his Geshes degree. He graduated, attaining the highest possible degree in 1972.

In Tibetan spiritual circles, he is regarded as a modern-day Milarepa, having lived a life of simplicity and meditation since his youth. 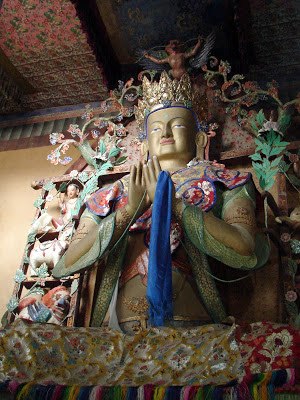 Two out of the three rooms in the monastery house statues of Buddha while the third one has a stupa. The painting blocks of the biography of Lama Tsultim Nima, is yet another highlight of the monastery. 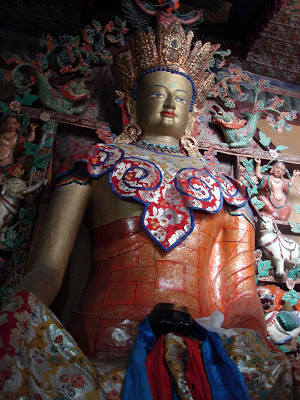 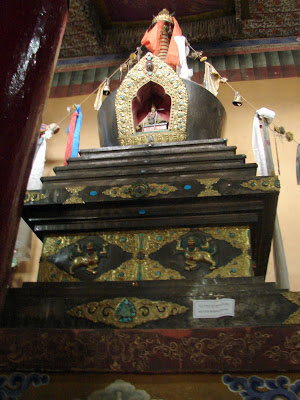 Following sections are borrowed from "Being a Buddhist Nun: The struggle for enlightenment in the Himalayas" by Kim Gutschow

Although male monastic community at Rizong was renowned for its strict adherence to manastic discipline, it could only sustain this religious ascendancy by requiring indentured services of nuns and laypeople. Rizong monks might not eat after noon and followed strict rules of poverty, but they required nuns to labour all day on behalf of the monastery's economic enterprises.


While most Ladakhi nunneries are independent institutions not directly attached to a monastery, Julichen is subordinated to Rizong monastery. Lying in lower Ladakh, Julichen nunnery takes its name, "Great Apricots", from the rich crop of apricots that nuns process and sell on behalf of the monastery. Julichen effectively seves as the factory floor of the monastic corporation. While the nunnery sustains profane needs of subsistence, the monastery engages in sacred ritual. The nuns serve as the worker bees in the monastic hive, which is overseen by monks engaged in their ritual ministrations. Nuns work from dawn to dusk processing the monastery's vast wealth of grain, apples, apricots and wool. While the monastery soars skyward at the end of a secluded valley, far above the distractions of human livelihood, the squat and ramshackle nunnery sits amid the monastic fields and orchards. 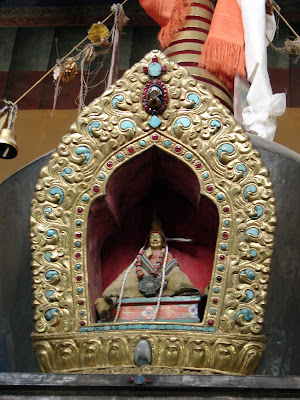 The nuns' quarters are bursting with odd heaps of barley sacks, drying apricots, woolen homespon waiting to be dyed, abandoned looms and plowshares in various states of disrepair. Nuns spend mos of their waking hours working or cooking for the monastic estate, while living in rooms bereft of religous images.


The most common problems that nuns complained of were a lack of residential or assembly space, lack of teachers and too little ritual training. Finally, there was the problem of no permanent endowments, which forced most nuns to work as domestic or wage labourers rather than devoting themselves to spiritual study. The nuns gradually began to express a desire for more study and less domestic drudgery. 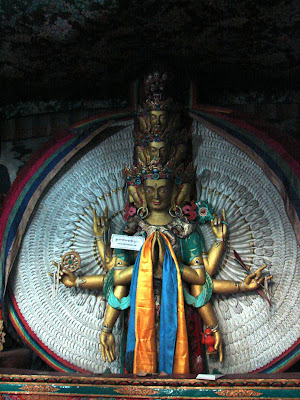 Dr Tsering Palmo was the first Ladakhi nun to be trained as a Tibetan medical doctor. Born at Matho Village, 15kms from Leh (the capital city of Ladakh) she graduated from the Tibetan Medical and Astro Institute, Dharamsala, in 1993. Upon returning to Ladakh ,in 1994, as a medical practitioner, Dr. Palmo learned of the miserable conditions of the nuns and felt emphathetic towards them. 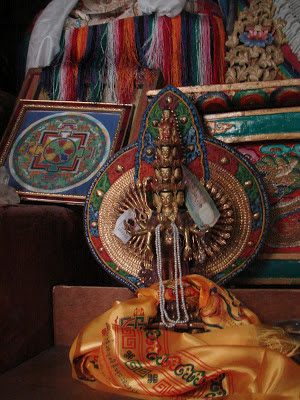 Intially Palmo encountered considerable resistance from laypeople and local monks. Some laypeople complained that nuns were no longer available for domestic chores. There was also the pragmatists who said that withdrawing nuns for rural areas already short of labour would be disastrous. Some monks thought that she was crazy to educate "illiterate" nuns who would just be corrupted by coming to Leh or over-educated for life in the rural nunneries. Lastly, the nuns themselves thought that she was mocking them when she described the advanced philosophical training they should receive. Palmo's biggest complaint was that people refused to take her seriously. She suspected that they saw her as a newly ordained imposter with little concept of monastic life in Ladakh after her extensive sojourn among the Tibetans. Many who were sympathetic to Palmo's message were fearful of openly subverting the privileges of monks. Palmo listened to their complaints and refuted them as best as she could. She carried on day after day, even when people were laughing at her. Recalling the vow of the Matho princess she had once played so many years ago, she decided she would dedicate whatever merit she had earned towards the nuns and happily die for her cause. 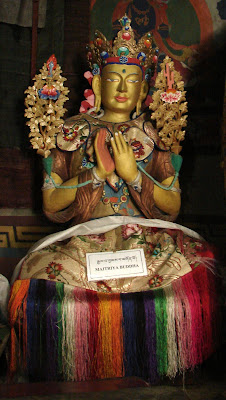 Overcoming the subtle opposition of Rizong monks, Palmo expanded the nunnery and quintupled its membership by 1999. With the permission of the abbot of Rizong and the assistance of local nuns, foreigners and wage laborers, she began to construct a new nunnery complex. When Palmo and her companions first arrived in Rizong, the local monks and villagers made fun fo them, joking "they have come as tourists and they will leave after a few months". After a few years, they had built 11 residential cells, 4 teaching rooms, a meditaion hall, a toilet and a conference hall. The construction was interrupted for fund-raising and the ordination of several new nuns, all of whom were secondary-school graduates.

These highly eduacated and outspoken new young recruits had little desire to perform menial tasks like the ones their elders continued to do faithfully. As a result, the community of nuns is split. The younger recruits have adopted a religious curriculum of meditation, Tibetan and Philosoply while the elders continue to slave on the monastic estates. 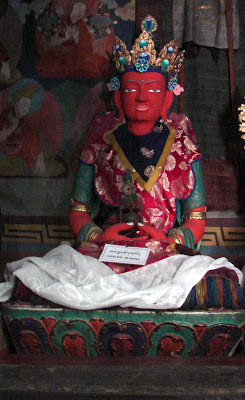 The Rizong monks initially blocked Palmo's plan to turn Rizong into a training institute for Ladakhi nuns, so Palmo found a building in Leh to house her new Foundation, the LNA. Palmo's Ladakh Nuns Association, established in 1996, spearheaded a number of projects that increased eduction, visibility and material status of nuns in Ladakh. 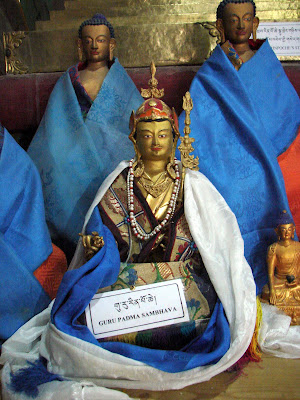 When the highest-living Tibetan Buddhist authority spoke out on behalf of women, Ladakhi people finally took note. Although the Dalai Lama's office had ignored Palmo's numerous requests for a public meeting, he accepted her invitation to give a public talk on women during his 1998 visit. His Holiness spoke to a thronged audience about how men and women have an equal capacity for enlightment. Local attitudes toward nuns shifted noticeably after the local media picked up the Dalai Lama's speech. 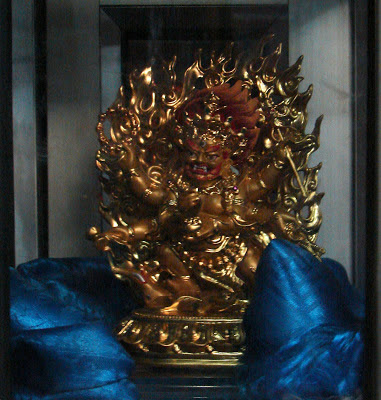 Palmo has begun to build her institue with foreign funding. She envisions a place where nuns can attend teachings or workshops and train to work in a number of fields - as maternal health workers, traditional doctors, painters, tailors or handicrafts experts. She wants the nunneries to become self-sufficient enterprises as well as educational institutes. 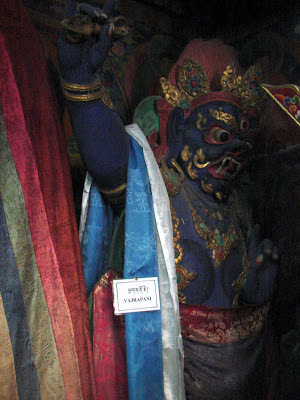 A pilot school begun at Timosgam has begun to offer the standard Buddhist curriculum to young nuns and vilalge girls. Those who graduate from CIBS can become teachers throughout Ladakh, Zangskar and Nubra. The best and brightest students from Ladakhi nunneries have been sent to Tibetan institues in India in Dharamsala, Mungood, Darjeeling and Varanasi where they are studying philosophy, Buddhist studies and Tibetan medicine. 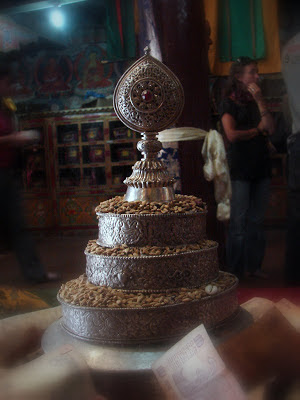