Over large parts of the parched north western parts of India, nothing is more scarce and sacred than water. Water has dictated the lives, the myths and the rituals of the people of this arid and inhospitable region. Monsoon is scarce and life is possible only because the people have been harvesting rainwater since thousands of years by storing the monsoon gift in tanks / step wells.


The construction of stepwells can be dated as follows:

Water-rich stepwells, were usually three to nine stories deep in the ground and served to conserve precious rain water for over 1,000 years until the late 19th century when they were replaced with borewells by the British Raj.

Stepwells shaded from wind and sun, are a niche out of the merciless desert heat. Water in the stepwells was used to quech the thirst of men, animals and crops. The underground facilities were used to celebrate colorful festivals and sacred rituals besides serving the everyday requirements for drinking, washing and bathing. The wells have drinking troughs for grazing animals and camels and people fill their basins as act of merit, lifting up more water than their own beasts need.

Purpose
Stepwell locations often suggested the purpose they served. When a stepwell was located within or at the edge of a village, it was mainly used for domestic purposes and as a place for social gatherings. When they were located outside the village, on trade routes, they were often frequented as resting places. When they were used exclusively for irrigation, a sluice was constructed at the rim to channelise the lifted water to a trough or pond, and finally to the fields.

Preventing water pollution
When stepwells and ponds were in daily use, they were ringed with the unwritten rules prohibiting adjacent activities that could pollute them. Their architecture was designed to keep the water clean; the wells sloped from the parapet to drain surface water away from its cavity, and the first stair was raised above the ground to prevent ground contamination.


Hindu ritual brought many substances to the water of the stepwell. Puja combines ancient custom of offering fire and throwing flowers with scattering or pouring rice, water, oil or cow / coconut milk over a scattered object. In temples with many worshippers, drains are cut in the wall to carry the liquids poured during rituals to the outside. But, in stepwells, pieces of broken terra-cotta, vegetable offerings, garlands and coconut husks collect. The water mass quickly decomposes into humus and was regularly spread as mulch on the neighbouring fields. Todays efforts to keep wells open and fresh conflict with the tradition of puja. Even a dry well like Dada Harir receives offerings of coconuts full of sprouting grain every year.

Ecosystem of the stepwells
Hindus love animals, especially if they figure in their myths and there are numerous creatures to be nourished by a well. Some water animals make their way to stepwells when the monsoon fuses the dusty line between land and water, but most are put in the the water by Hindus who think wells should have living beings. They bring a fine tortoise or a fish to a well to gain merit. Further blessings come from scattering grain on the roof, the parapet and in the water, thus beginning a cycle of life. Turtles eat the flower garlands thrown in the water, frogs eat the insects and there is some creature to eat every organic thing that drops or is blown into the well. The ecosystem thus cleaned the polluted water.

Vav / Bavdi
Traditional stepwells are called vav or vavadi in Gujarat, or baolis or bavadis in Rajasthan and northern India. They were built by the nobility usually for strategic and/or philanthropical reasons. They were secular structures from which everyone could draw water. These sources of life, were architecturally celebrated by both Hindus and Muslims.


The vavs or baolis (stepwells) or baavdis consisted of two parts:
(1) a vertical shaft from which water was drawn and
(2) surrounding it were the subterranean passageways, chambers and steps, which provided access to the well. 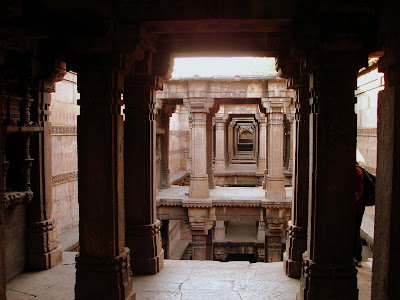 Walls of stepwells were lined with blocks of stone without mortar and steps were created leading up to the water.Sculptures and inscriptions on the walls of stepwells demonstrate their importance to the traditional social and cultural lives of people.

Dada Hari ni Vav,is an octagonal shaped well located below the ground level which dates back to 1501.It was built by Bai Harir Sultani a woman of Sultan Begara's harem, during the reign of Mahmud Shah.The basic purpose of setting up the well was to provide the travelers with cool water and a place for relaxation. 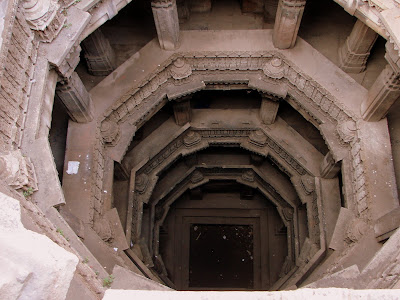 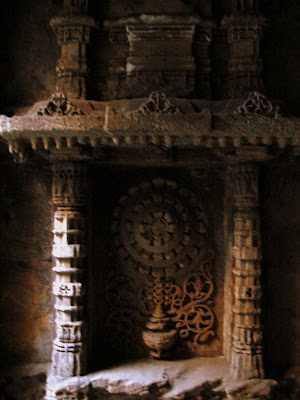 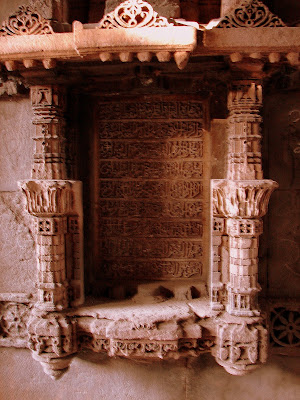 Dada Harir's dedication reads:
As long as the sun and moon endure, may this well remain for the nourishment of insects, birds, plants and animals. 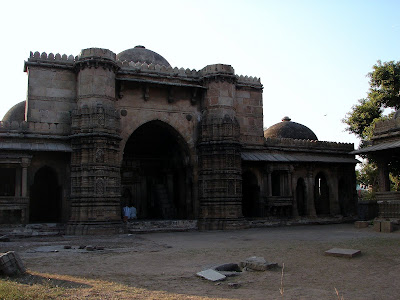 Dada Harir tomb and mosque
Posted by Casey at 10:09 AM

i like your article very much, presentation of subject is nice.a blind mind which doesn't know about particular subject can know very much after read the article.its useful for me as after photography i m now collecting information about it.

Your website is giving good data about water and nature, It is useful in every persons dailylife, Now a days due to lack of sufficient water so many areas are facing many problems. In this situation Borewells in Hyderabad is doing some help to dig and get water. Some of the Borewells in Hyderabad.

Thank you Maunish. I am glad if it helps the interested!

Fabulous post about your trip!! thanks for sharing this wonderful post in this blog. Pictures were awesome with well written. Enjoyed reading this blog, heard a lot about these places. It really helps people to plan for trips. Make your trip to those places in Patel Travels and enjoy your trip.