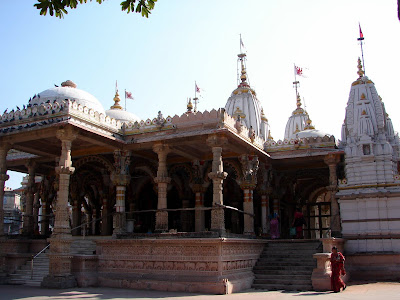 This temple in Ahmedabad is situated in Kalupur - an area dominated by the Muslims. Relations between the temple and its neighbours have always been harmonious. In 2001, when an earthquake shook Gujarat, the Muslim neighbours cooked food and gave it to the temple authorities to distribute to earthquake victims. 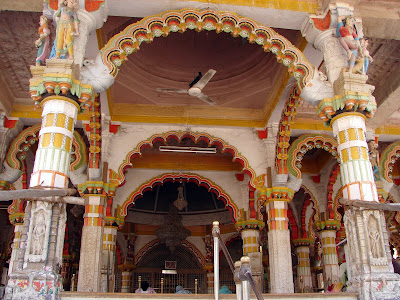 It was the first of the several swamy narayan temples built across the globe. A British officer, Sir Dunlop was so impressed with activities of Swaminarayan and his followers, that on behalf of the government he gifted 5,000 acres of land in Kalupur area of Ahmedabad to build this temple. The temple construction was completed on February 24, 1822. When the temple was completed, the officer was so impressed by the temple that he commanded a 101 gun salute to the temple.50,000 devotees from all over India attended the installation ceremony of the idols. 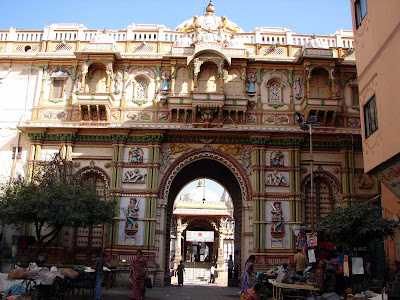 The central gateway of the temple blends local, regional and British styles of architecture and sculpture. Marathi and Rajasthani folk cultures and costumes are evident on the gateway sculptors. At the top of the projected pavilions are ruminants of Mughal architecture. Statues of women wearing frilled blouses and petticoats carrying their kids on their waist depict the Gujarati women. 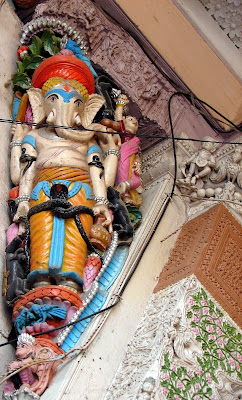 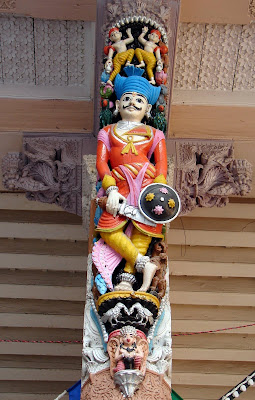 It is designed to resemble a mansion. Intricate carvings in Burma teak and exotic sculptures of mythological characters add a pleasant charm to the temple. 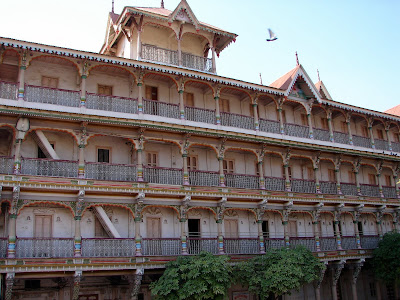 Women spiritual leaders of the Swami Narayan sect arrange for religious gatherings in the interiors of the temple. Young girls, teenage students and home makers throng to this temple in the afternoon. The Guru for women is the wife of the Dharmavanshi Acharya and is addressed by the title Akhand Sobhagyavati Gadiwalashri. She is affectionately referred to as Baa, (mother) by her disciples as she is the mother of the sampraday.

Swaminarayan offered parents help with dowry expenses to discourage female infanticide, calling infanticide a sin. At that time, influential and wealthy individuals educated their girls through private and personal tuition. Male followers of Swaminarayan made arrangements to educate their female family members. The literacy rate among females began to increase, and they were able to give discourses on spiritual subjects. Within the faith, Swaminarayan is considered a pioneer of education of females in India.Swaminarayan also encouraged the British Governor James Walker to implement strong measures to stop the practice of sati.
Posted by Casey at 3:03 PM

Such a good article and photos! I have always been wanting to visit the vibrant state of Gujarat. I will use your blog to plan my trip! Great work!

Thank you Sunand and Padma for visiting my blog and liking the post.
I am happy if my posts help you in planning your trip. Do let me know if you need any further information. I will be glad to assist if I can.