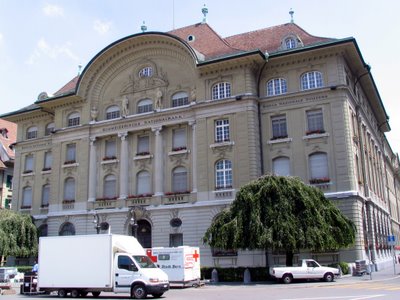 Today, Switzerland is considered a safe money haven as the Swiss financial sector is now home to 35% of the world's private and institutional funds at an estimated value of 3 trillion Swiss francs (CHF). This country is a magnet for international money as it beholds a long tradition of stability that is reflected in a sound banking system and currency. The Swiss franc is considered one of the world’s premiere currencies as it is backed by a large percentage of gold reserves relative to other advanced rich nations. With a population of approximately 7 million of which 1.1 million are foreigners, this very mountainous and scenic nation is home to many of the world’s wealthiest citizens and their bank accounts.

You are just another number...
The act of bank accounts designated with numbers only came about from time in history of Nazi Germany. Several German citizens in the 1930’s were executed for having Swiss bank accounts. Since then, no longer could just anyone walk into a bank and ask for an account holder’s name. If you wish, you can open a numbered bank account, available for individuals and corporations. Numbered accounts help to better maintain and protect the financial privacy of the client. Names are not shown anywhere on bank statements. A copy of valid identification is also required for each signer of the account. Numbered accounts are treated just like name accounts under Swiss banking rules.

Banking Laws in Switzerland
Banking law (Swiss Banking Law -- 1934)makes it a criminal offense in Switzerland for a banker to divulge information about a customer in violation of the law. The right of secrecy is a right belonging to the customer, not the bank. It is the customer’s privacy that is protected by law.

Swiss bank secrecy will cover most normal uses for a foreign bank account. Swiss law does not consider administrative offences such as tax evasion outside of Switzerland as a criminal offence, and bank secrecy will remain. However, the laws allow the banking secret to be broken if it is proven that a given bank account or person is connected to a criminal offence such as money laundering. The Swiss have some of the toughest money laundering laws within Europe and the world. Swiss law punishes with prison bankers who reveal details about their customers. Bank employees have to sign the secrecy portion of the banking act as a condition of employment.

Swiss National Bank (SNB)
The Swiss National Bank, incorporated in 1905, has executive offices in Bern and Zurich and branches in 8 other cities. It was established in 1907 as Switzerland’s independent central bank. The bank strives to maintain price stability, while taking economic development into account.

Gold forms 25% (reduced from 40% in 1996) of Switzerland’s central bank (SNB, or Swiss National Bank) reserves. This is a long-standing arrangement; Switzerland’s federal constitution requires a partial goldbacking for the Swiss franc, one of the world’s strongest and moststable currencies

Role of SNB during World War-- II
Switzerland did not have up-to-date equipment. If the country was attacked by the surrounding Fascist Nations, the army would have retreated into the Alps relatively soon, but would have kept up resistance based on some sort of Guerilla tactics.

The Swiss army would have destroyed the important bridges and tunnels and paralyzed the connection for years. The alpine railways were of central importance for transports between Germany and Italy.

Some historians say, that financial services, especially buying gold from Germany in exchange for convertible currency (Germany's national currency was no longer accepted as a means of payment in the international markets) was also an important factor. The Independent Commission of Experts showed that the Chairman of the Swiss National Bank (SNB) did not use this argument during the Second World War. "It was only after the war ... that the SNB directors claimed that their gold transactions and positive relations with Germany had prevented Germany from seriously considering the option of military operations against Switzerland. ... One might just as well claim that with its «business as usual» approach, the SNB had effectively prevented Switzerland from using the convertibility of its currency as a trump card in the economic negotiations with Germany, thus neutralising the dissuasive potential."

Dormant Accounts
Some of the victims of holocaust had accounts in Switzerland, but under these tragic circumstances surviving heirs were not easily able to know whether there was any account at all and exactly with which bank institute in Switzerland. After the war, Swiss bankers generally declared account of people that did not reply to letters or send letters to the bank with exact reference to the account number as "dormant accounts". This fact alone is a standard procedure not worth commenting. The problem is, that bankers were not very cooperative with surviving heirs that tried to find the accounts of their relatives. Only in the debate about Switzerland and World War II after 1995, they were willing to publish a list of dormant accounts and to cooperate.
Posted by Casey at 10:31 PM

so what happens to the moeny in the dormant accounts?

In 1996-97 it became clear that some of these institutions had failed to return these assets to the survivors or their descendants.In early 1997 Swiss financial institutions and industry, together with the government, agreed to establish a private fund (comprising several hundred million Swiss francs) solely to compensate victims of the Holocaust.

In a separate initiative Arnold Koller, then Federal President, promised the government would establish its own publicly-funded Swiss Foundation for Solidarity with victims of humanitarian disasters, including survivors of the Holocaust, entirely separate from the Holocaust fund