Asar Mahal also known as Asar-E-Sharif was constructed by Mohammad Adil Shah in 1646. It was built to serve as a 'hall of justice' 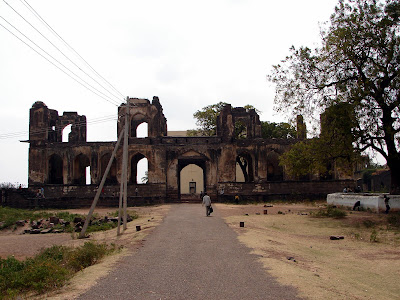 Three tanks grace the Mahal. The central square tank, 15 feet in depth is fed by conduits from Begum tank. Two smaller and less deeper tanks are on either sides of the central large one. 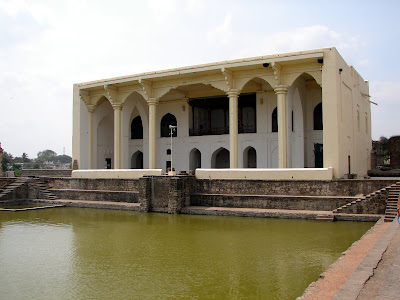 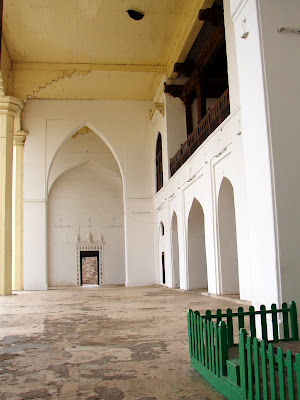 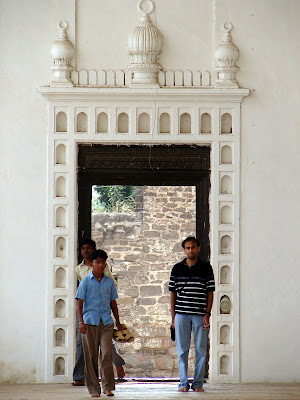 It is believed to contain relics of Prophet Muhammad. Two strands of Prophet Muhammad's hair is also housed here. Women are not allowed inside. The rooms on the upper storey are apparently profusely decorated with fresco paintings, many of them using foliage and flower motifs but some portraying male and female figures in various poses. These latter are all said to have been defaced.

We (Me,U and J) weren't allowed to go inside :(. Though V didn't appreciate going inside a building that did not allow women to go in, we (or should I say I :)...???) compelled him to. He reluctantly went in. He walked out in a few seconds with a smile on his face and said that the rooms were all locked. So we really didn't get to know if the walls on the first storey are indeed decorated with the fesco paintings or not. 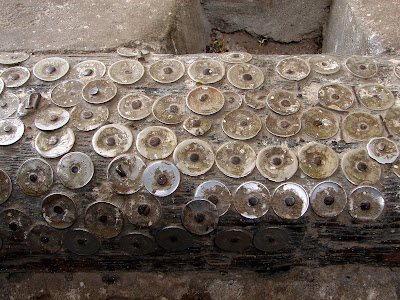 The historical monument, said to be maintained by the Archaeological Survey of India (ASI) is used by the locals as a playground. A few children were playing cricket in one of the dried up smaller tanks in Asar Mahal.
http://www.deccanherald.com/deccanherald/jun82005/state183519200567.asp The crumbling walls surrounding the Asar Mahal seem to be offering little protection to this historical building. It will not be too long before the structure disappears into oblivion if nothing significant is done by the ASI to protect this Adil Shahi monument. 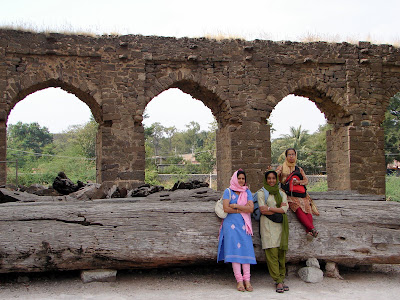