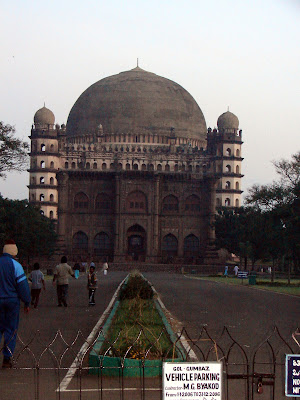 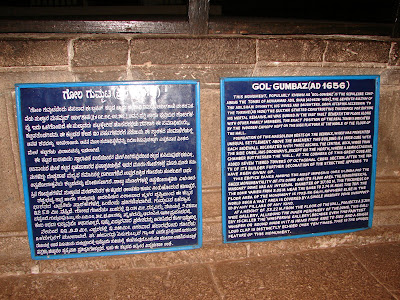 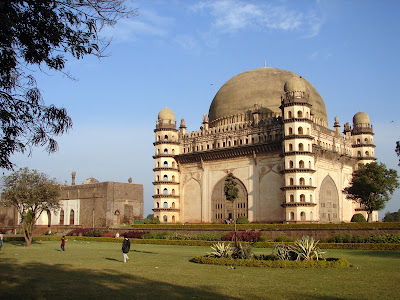 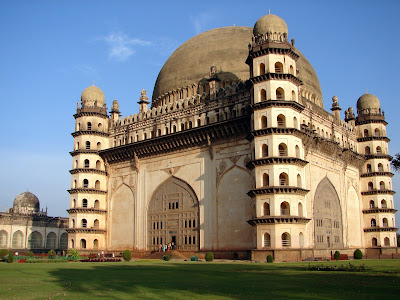 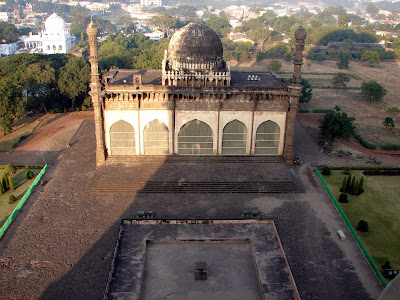 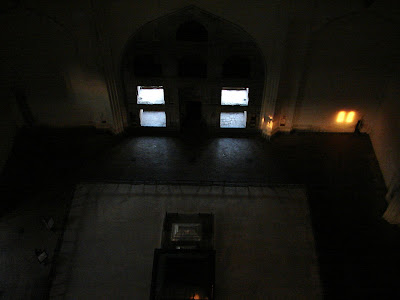 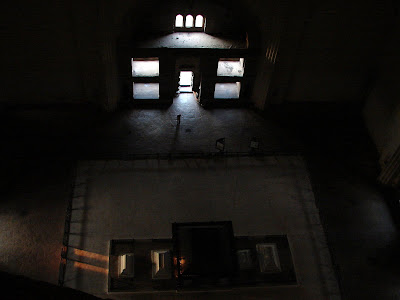 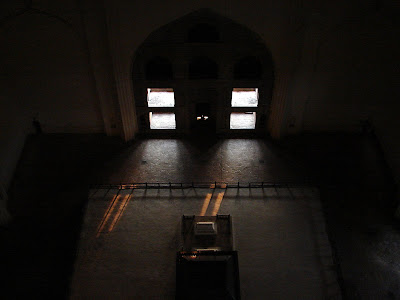 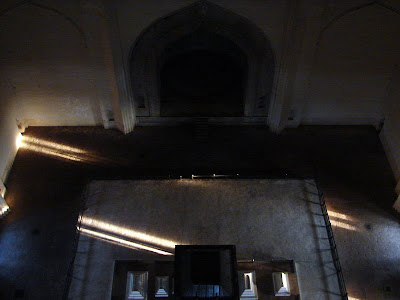 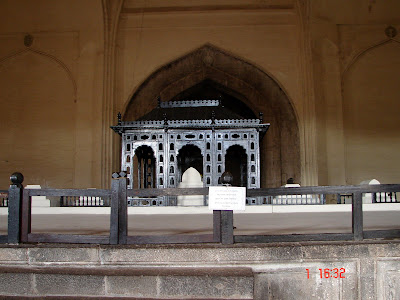 Tombs of grandson of Mohammad Adil Shah, Mohammad's younger wife Arus-Bibi, the sultan himself, his mistress Rambha, his daugher and his senior wife 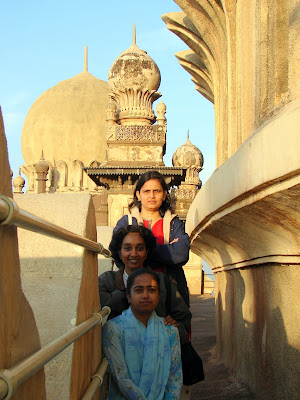 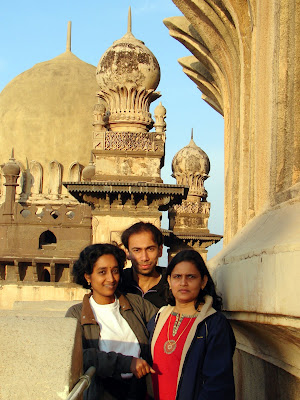 The 'whispering gallery' runs round the interior of the dome. A single clap is echoed 7 times. But the gallery is always filled with tourists who don't seem to understand the meaning of 'whisper'. They shout and hoot the whole day. If you have to really enjoy the whispering gallery and listen to the whispers you need to reach the dome quite early in the day. Fortunately our hotel was opposite to the Gumbaz and we reached the dome by about 6:30AM. But a few noisy tourists had beaten us to the top :(. They were already shouting when we went in. A man probably a guard, was playing a 'harmonium' in one corner of the gallery. Another guard lit a match stick in one corner of the dome and we heard its sound being echoed 7 times standing on the opposite end of the dome. He clapped his hands once and we heard its echo too.

We sat on the opposite sides of the dome on the stone benches and whispered to each other. But the noise of the crowd was quite deafening. We could barely hear the person sitting next to us. I walked up to one of the guards and requested him to quiten the group. He said he had already tried it and the noisy group had told him to mind his own business as they had paid the entry fee to shout and not whisper. The noisy crowd seemed to be from the state of Maharashtra as they were shouting in Marathi. It was high time someone told them to maintain silence. 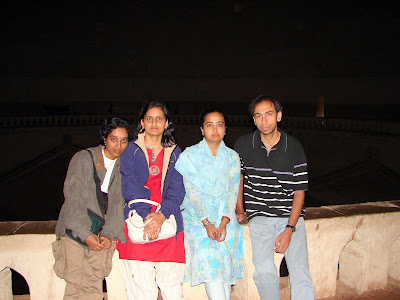 I walked up to one man in the group and told him to keep quite. He probably was the sole person in the entire group who understood Kannada. He translated what I said to the others. It was quite evident that their ego was hurt (how could they listen to a woman reprimand?!) as they walked out of the dome. The man then spoke to me in Kannada and told me that they would wait outside for a few minutes and then return to the dome. We had to be satisified with the little time that we got to enjoy the whispering gallery.

We (J and myself) whispered to V and U who were seated on the stone bench on the opposite end of the dome. We heard them whisper the replies to our questions! WOW! It was definitely an architectural marvel!

The noisy crowd was back again in five minutes time :(. They continued doing the only thing that they probably were good at... shouting. That ended the few moments of peace and quite that we were enjoying. We climbed down the stairs and went to the chamber containing the tombs of the Royal family.

We read the description board of the gumbaz and as we were walking out, U sighted a flight of steps leading to the floor above. I remembered from my earlier visit to Gol Gumbaz that visitors were not allowed to climb these stairs. But now we didn't sight any board restricting us from doing so. Just as we climbed the stairs, we saw one of the guards signalling us to come down :(. 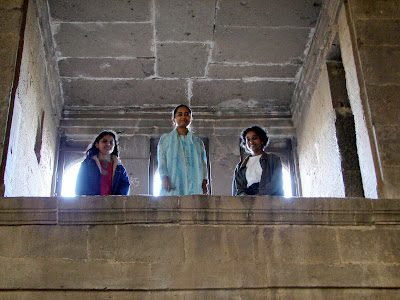 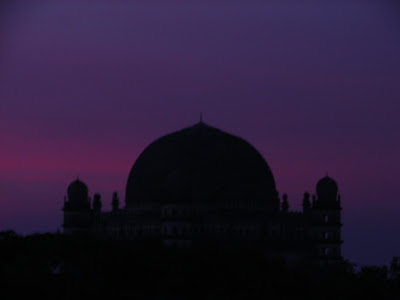 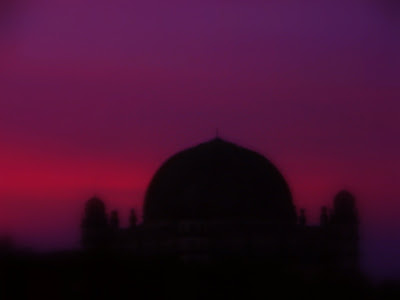 Very nice blog, you have been running it for a decade now. Kudos.

Have you been to all these places?

Lovely place, thanks for sharing about this beautiful place. Love to read this post. Well written with nice images. If anyone wants to travel this place by bus, book bus tickets in VRL Travels for best bus booking services.