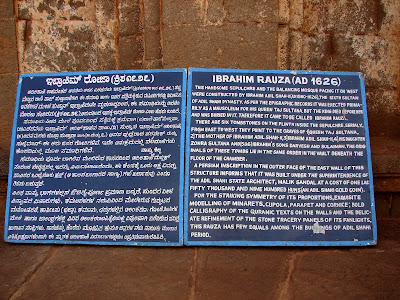 Ibrahim Rauza entombs the mortal remains of Ibrahim Adil Shah II -- the greatest of the Adil Shahi rulers. After several years of deligent work, the mausoleum was completed in 1626 just in time for the departed soul to rest here till eternity. Eight years later the remains of his wife Taj Sultana were also burried here. An inscription on the north door reads
"Heaven stood astonished at this building when it's head rose as it were from the earth to another heaven. The garden of paradise has borrowed its beauty from this garden and every column in this building is graceful as a cyprus tree in the garden of purity. An angel from heaven told the date of building in words `This heart-gladdening building is the memorial of Taj Sultana."

The mausoleum has a mosque and four graceful minarates within a rectangular enclosure and can be accessed by a lofty entrance tower. The mausoleum designed by Malik Sandal was surrounded by a royal garden during the Shahi rule. 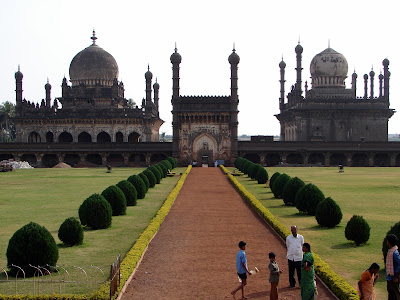 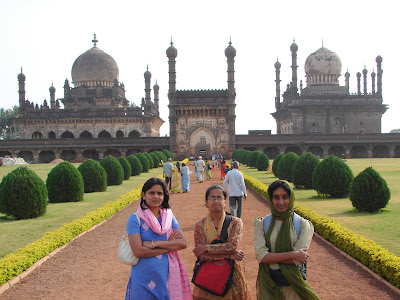 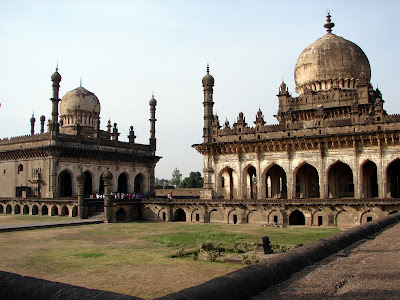 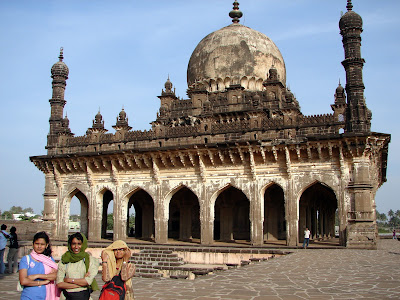 The mausoleum entombs the remains of Ibrahim Adil Shah II, his wife Taj Sultana, his mother Haji Badi Sahiba, his daughter and two sons. The tombs are placed at the centre of the inner chamber. 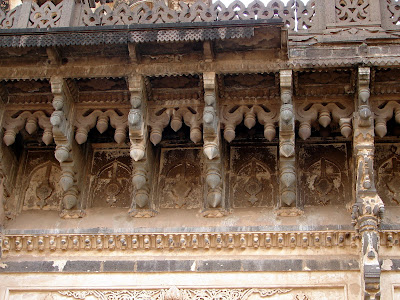 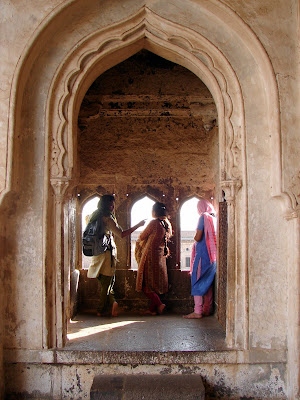 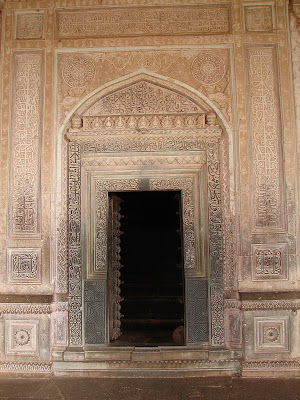 Fergusson, the author of "Indian and Eastern Architecture" says:

"There is nothing in Hindustan which can be compared for grandeur of conception with the tomb of Muhammed nor any so elaborately rich in ornamental detail as the group of buildings comprised in the Ibrahim Rouza. The tombs of Humayun and Akbar will not bear comparision with them. Some will no doubt be inclined to think that the Taj Mahal at Agra is superior to anything in the south; but it is difficult to institute any very satisfactory comparison between it and them. The white marble of Taj, and its in-laying of precious stones, are most important adjuncts, but hardly legitimate circumstances to take into consideration in criticizing an architectural design. The situation too of the Taj on the banks of the Jumna river far surpasses that of any building at Bijapur, and it retains its gardens and its range of marble fountains, which every Rouza had, but only very few indeed now possess; all these add immensely to the charming effect of the Taj Mahal as it now stands, but must not be allowed to mislead us in judging of the advantages, the architect of the Gol Gumbaz would certainly have produced a far grander building, and the architect of Ibrahim Rouza one more picturesquely magnificent, either, in all probability, much more impressive than the pride of the northern capital." 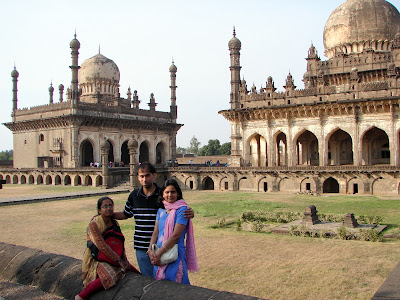 V wanted to sit in the Mausoleum garden for a while before we continued to Taj Bawdi. But I had to remind everyone constantly that all the historic monuments in Bijapur closed at 6:00 PM and we had to visit a few more places. We rested on the cool stone in front of the mausoleum on which ASI had placed the description board of the monument. I fumbled in my backpack for a pencil to update the daily expenditure report and I felt the wrapper of a chocolate. It was the chocolate bar that Varsha had given me on her birthday a month ago. We savoured the "melted" chocolate and walked out of the mausoleum garden gate searching for our tonga. The tongawallah had suggested us to take a picture sitting in the tonga with the mausoleum as the backdrop. But he seemed to have forgotten; as he had already taken the tonga out of the mausoleum gate. We were disappointed that we couldn't take a picture :(.
Posted by Casey at 5:56 PM

Is one day fine enough for complete sightseeing of Bijapur Monuments???

Thanks Lokesh for visiting my blog. I would recommend 2 days if you want to explore the monuments at leisure. But it depends on one's personal interest

Hello, we would like to use your photographs for publication in a magazine. Please get in touch urgently at supriya@maxposure.in. Thanks so much. Looking forward to hearing from you!