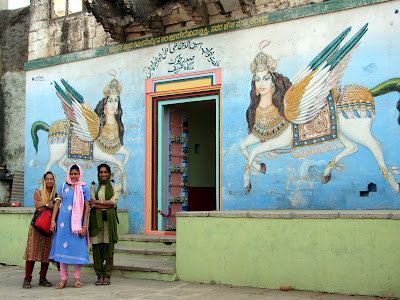 The kingdoms of the Bahamanis (1348-1527 C.E.) and the Adilshahis (1489-1686 C.E.) in the north of Karnataka and the interregnum of Hyder Ali and Tippu Sultan(1761-1799 C.E.) in Mysore were the main Islamic kingdoms in Karnataka.Bijapur thrived alongside the Mughal glory in the north. Masjids (mosques) big and small appeared in the newly conquered territories as if to match those built by the aesthete Mughals. 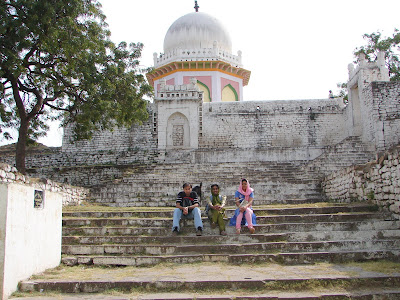 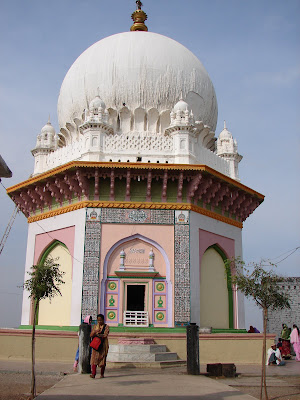 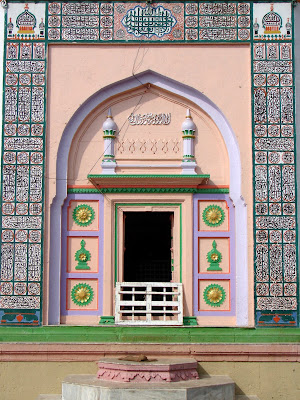 Bijapur is a historically Muslim region. There are a large number of dargas in this little town. We first visited Hazrat Khaja Ammenoddeen Ali Ala Shere Khuda Chishti darga. Though women are allowed to go up to the darga doorstep, their entry into the room containing the tomb is barred.

There were a few women sitting outside the door with little children running around. We enquired if we could enter the darga and they said that women couldn't. So we sent V into the darga and waited outside for him to return. 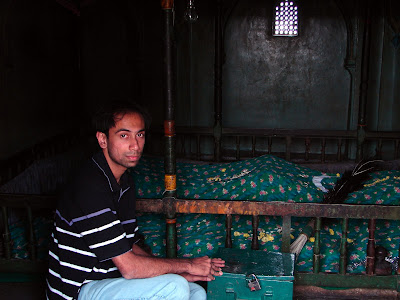 When he came out of the room one of the women handed him her child and requested him to take the child in and seek the blessings of the saint. He took the baby in and held it on the tomb as per the woman's request and brought the baby out. The women were probably waiting for a man to come that way so that they could request him to take the baby in coz they left the dargah as soon as V handed the mother her child.

Strange are the religions' restrictions that doesn't allow women to go up to the tomb to seek the blessings of a saint! I fail to understand this discrimination between men and women. I am sure God created all creatures to be treated equally. Then why do men differentiate? This question will probably not be received well by most of the men but will they be able to provide a logical reasoning to this question?
Posted by Casey at 2:31 PM