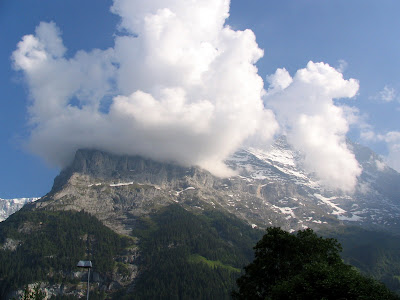 The mountains surrounding Grindelwald had been considered threatening and inhospitable forces of nature (teeming with dragons, gnomes and spectres) for centuries. It experienced an unexpected surge of popularity in the 1800s. This was brought about by the writers and artists of the time, who, with little actual alteration of that age-old image, suddenly made the Alps seem wildly romantic. When these romantics finally arrived in Grindelwald, it wasn't solely to admire those massive chunks of rock that form its southern ridge. Nor was it primarily to study the flora and fauna of an area that was for so long shrouded in mystery. Instead, the main focus of attention was those glistening rivers of ice, the glaciers. Grindelwald has two glaciers, simply called the "Upper" and the "Lower," practically right in its back yard.


The overall growing interest and awareness of nature drew greater interest for Grindelwald and its mountains. Grindelwald's natural beauty, dramatic mountain scenery, cultivated landscape and good accessibility all contributed to its popularity. One of the olderst depictions of the lower Grindelwald glacier originated from the year 1642. In 1751, Joh. Georg Altmann used the Grindelwald valley as the basis for his research work into the historical and physical evolution and features of the glaciers in the Swiss mountains. 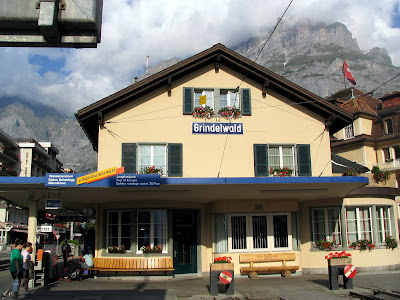 The earliest known document featuring the village name of Grindlewald was in 1149. In 1252, Ita from Wädiswil, baroness of Unspunnen, sold her estate in Grindelwald for 500 pounds to the Interlaken monastery. In 1349, the valley's inhabitants challenged the monastic rule. In a petition dated 3rd January, 1349, the community of Grindelwald encompassing all of the Lütschinen valley, had formed an alliance with the inhabitants of Unterwalden to gain mutual support against the Interlaken monastery. The monastery, however, summoned help from the ruling body in Berne and the uprising was "nipped in the bud".On the 28th February, 1349 a letter ensued demanding that the inhabitants of Grindelwald renounce their alliance with Unterwalden and must once again submit to the rule of the monastery and its protecting power in the city of Berne. 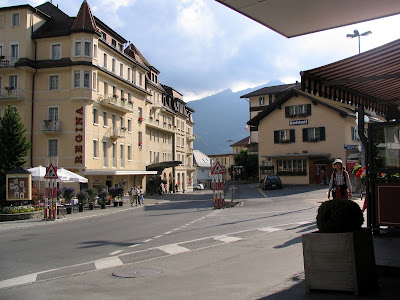 It wasn’t until the early 1800’s that the farming village turned its eye toward tourism. The first hotel was built in 1818, and the tourists have been coming ever since. The town’s Swiss chalet-style buildings add a traditional ambience to this Alpine town. Grindelwald is one of the few large resorts in the Alps where farming has been able to survive and co-exist alongside a dominant tourist industry. 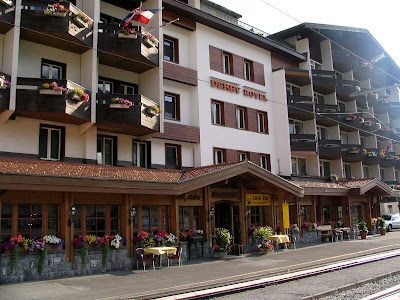 The Bernese Oberland village has for decades benefited from a fragile symbiosis between agriculture and tourism. 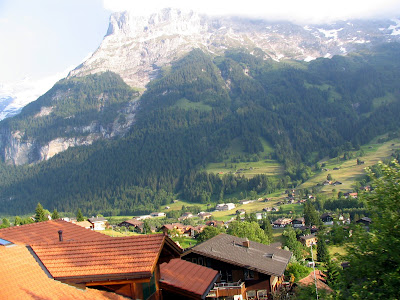 “If farming were to disappear, the landscape would be completely altered,” says Brawand. “Everything would be overgrown and forests would slowly encroach on the pastureland.” 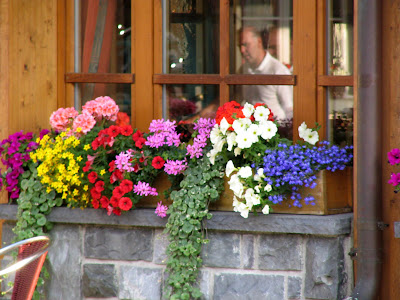 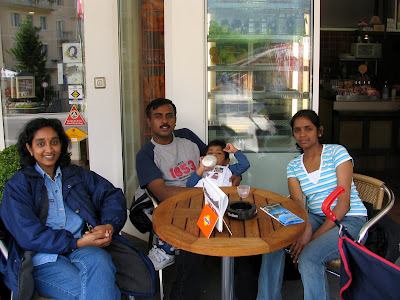 firt photo is choo nice.. cloud sitting on the top of the mountian.. well caught!!

Thank you :). Such sights are very common in that region of the country. I just wish traveling to Kashmir wasn't so risky, else you would be seeing such beautiful pictures in my posts that would be taken in our very own country