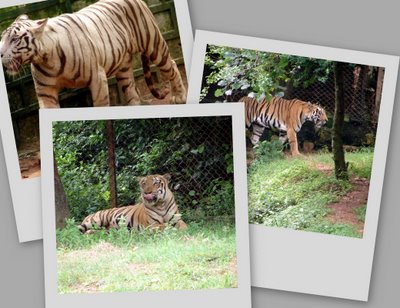 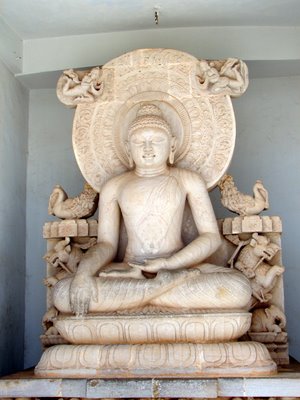 Young prince Mahasattva was walking over the hills with his brothers when he saw a tigress with her two cubs. The tiger was a little more than a skeleton and she was about to eat the young cub to satisfy her hunger. Wanting to save the cubs, Mahasattva threw himself in front of the tigress and waited for her to eat him. The tigress was so weak that she couldn't even bite. Mahasattva pricked himself with a sharp thorn and drew some blood. The tigress licked the blood and gained enough strength to devour the prince. The young prince was none other than Buddha.

It is believed that in many parts of North India the Tiger God was worshipped by both Hindus and Muslims. 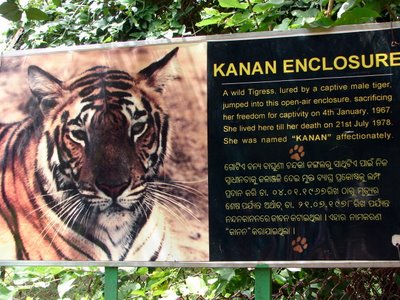 A wild tigress (probably the last in the forest surrounding the park) jumped a moat into a newly constructed tiger enclosure to mate with its sole occupant. She was fondly known as 'Kanan' and she lived here for 11 years and died in 1978 due to natural causes.


Causes for White Tigers
A white tiger can only be born to parents when both of them carry the unusual gene for white colouring. The double recessive allele in the genetic code turns up naturally once in every 10,000 births. For unexplained reasons, the white colour occurs in Bengal subspecies.
Reports of White Amur tigers are incorrect. These are Bengals that have been hybridised with the Amur subspecies at some point in time. 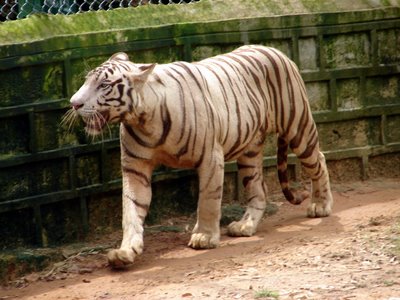 The State Forestry Department brought Shubra from Delhi in 1979. She was a white tigress and had a serene temperment. She produced six litters. Nandankanan has bred and produced more than 400 tigers in the last 20 years, half of which were pure white. 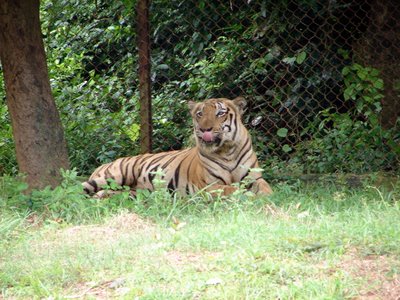 West Bengal's first tiger rescue center is all set to come up at Jharkhali and the royal cats of Sundarban that are unable to catch their prey in old age can now find a peaceful heaven here.
Posted by Casey at 5:20 PM