We were ready by 6:15A.M. on the 17th of Sept 2006 to leave Konark. We had to leave latest by 6:30 A.M., if we had to board the 8:30AM train to Bhubaneswar. Having experienced the bad transportation facilities in the state that was as good as non-existant, we didn't want to miss the train. We didn't know when the next train to Bhubaneswar would be or if there was any at all later in the day.

It was cloudy though it had stopped raining. We were disappointed as we couldn't go to the temple complex to watch the sun rise. Since we didn't have anything much to look forward to, we decided to leave immediately rather than wait till 6:30A.M. But we couldn't find the driver. The panth nivas (Govt. guest house) where we had stayed the previous night, was opposite the temple complex. We strolled into the complex hoping to take a few pictures of the temple in the morning. We hadn't been able to get any good pictures the previous evening owing to the heavy rainfall. We weren't very fortunate this morning either.

It was too gloomy and it meant we couldn't get any good pictures. So we didn't buy a ticket to enter the temple complex, instead saw the temple from outside and retuned to Panthnivas. The driver was waiting for us at the reception. 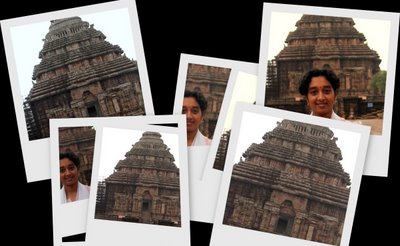 We reached Puri railway station at 8:15A.M. The driver took to us to the ticket counter where at least thirty people had lined up to buy tickets. We would definitely miss the train :(. But the driver walked right up to the ticket counter and asked the man at the counter to give us two tickets to Bhubaneswar. I don't appreciate breaking the discipline and so told the driver that we should probably stand in the queue and wait for our turn. But he insisted that we would miss our train and the man at the counter didn't seem to mind either. He issued two tickets to Bhubaneswar and asked me to pay him exact fare. I handed him a fifty rupees note that he angrily returned and rudly told me to pay the exact change. I don't seem to recall what the fare was but I do remember digging into my purse and pooling all the change I had and paying for the tickets. A few people in the queue expressed their anger by swearing at us in Oriya that I didn't understand.

We ran towards the platform to board the train to Bhubaneswar. We got into a car besides the "vendors car". I had never seen a "vendors car" before. Now I wish I had taken a picture for my memoir.

The train wasn't crowded and we found a seat as well. We reached Bhubaneswar comfortably and walked to the OTDC information centre at the railway station. We booked a tour for the 18th of Aug that included sightseeing of Bhubaneswar city, Dhauli, Khandagiri, Udayagiri and Nandankanan. The tour bus would pick us up from Pantha Nivas the next morning at 9:00A.M. Since the autos in Orissa do not have meters we had to bargain the fare everytime we went someplace. We enquired about the fare that we had to pay the auto driver. The man at the information centre suggested we walk over to the auto stand that was on other side of the station. He advised us to pay 20Rs. We walked over the foot bridge again and took an auto to Pantha nivas. 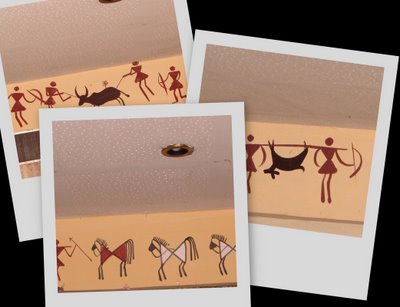 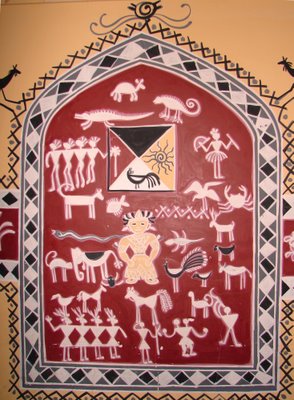 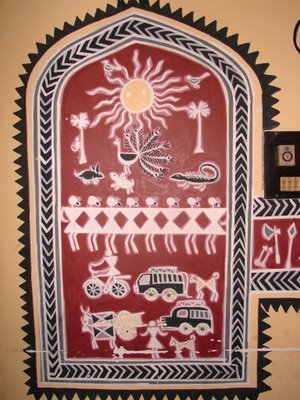 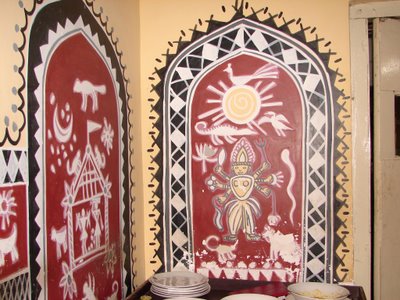 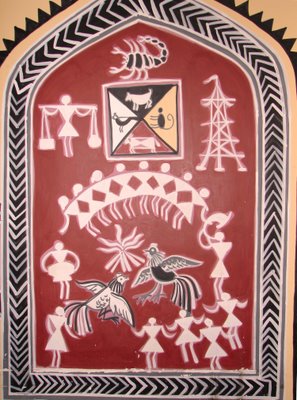 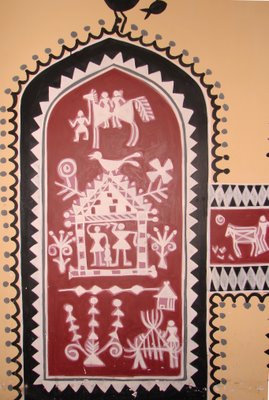 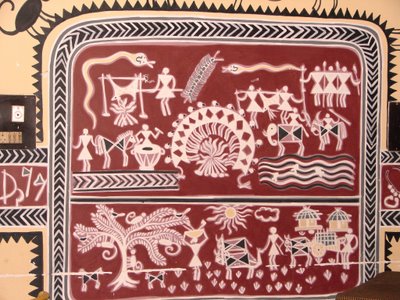 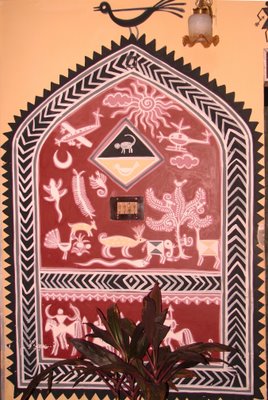 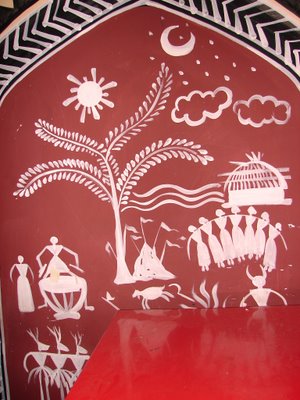 Fortunately the week long strike of the private bus owners had ended and the buses were plying regularly now. As per the Panth Nivas manager's suggestion we took a shared auto to the new bus stand. We shared the auto with a newly married couple who were returning to their village after visiting the lady's uncle in Bhubaneswar. The man was well travelled and he could speak Hindi. The woman was keen to strike a conversation with us but we can't speak Oriya.

There were a large number of buses at the bus station. But none were going towards Atri. The one bus that would go anyplace near Atri was already filled up. The conductor told us to go to the main road and wait for buses from other cities.We waited for a while but all the buses that came there were filled up. A few auto drivers approached us and tried to bargain with us to take us to Atri. We didn't show any interest in their offer. After waiting for a while we were contemplating about taking an auto to Atri when private bus stopped right besides us. The conductor told us that the bus would go to Atri. We told him that we wouldn't be interested in taking the bus unless we could sit comfortably. He asked a few passengers to move and gave us two seats. We were finally on the way to Atri.

After riding on the bus for almost an hour we reached Khorda town. The driver told us that we had to get off as he wouldn't be going any further. I was angry that the conductor had lied to us. We got off at the bus station to wait for the next bus to Atri. All the buses that came to the town bus station were overcrowded. By now it was almost 1:30P.M. and we had to also ensure that we left Atri by 4:00P.M. as there were no buses after that. Left with no choice we boarded the next bus to Atri. I stood on the footboard. Once the bus was out of the station I managed to move further in. I travelled the next 10 Kms standing on one foot. The man standing besides me would literally fall on me everytime the driver braked. I pushed him with my bag a couple of times but he didn't budge. I also warned him few times to stand straight. Seeing me uncomfortable another man who was sitting offered me his seat. By then we had reached Atri and I thanked the man for offering his seat and got off the bus.

Situated amidst greenery and famous for the hot sulphur water spring, Atri, 42 km. from Bhubaneswar and 14 km. from Khurda, is also a holy place with the shrine of Hatakeswar. A bath in the spring water is reputed to cure skin diseases apart from being a pleasant experience. 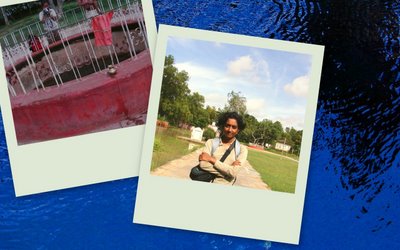 OTDC also has a pantha nivas in Atri. We didn't see anybody near the guest house though. We weren't surprised!The hot water spring in Atri (or "Otri" as the natives pronounce it) is nothing more than a small well that is a few feet deep. As soon as we got off the auto, a couple of Brahmin priests ran towards us with small brass pictures in their hands. One of them started talking to my friend U. I didn't show any interest in what he had to say as I knew his only intention was to make some money. He drew some water from the well and poured it on U's outstreached palm. Now that 'U' had already taken some water from his picture we had to pay him some money. I didn't resist when he offered me some water next as we had to pay him anywayz... 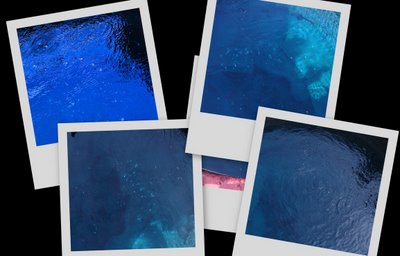 In all we spent about 15 minutes in Atri. We returned to the main road to wait for the next bus to either Khorda or Bhubaneswar. Fortunately we got a direct bus to Bhubaneswar.
Posted by Casey at 12:25 AM