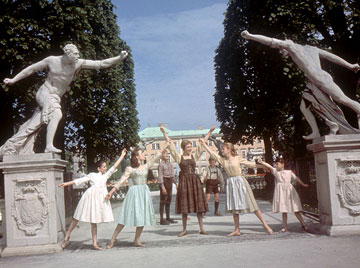 
Maria:
Do-re-mi-fa-so-la-ti
spoken Let's see if I can make it easy 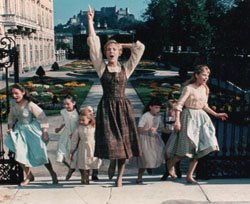 Doe, a deer, a female deer
Ray, a drop of golden sun
Me, a name I call myself
Far, a long, long way to run
Sew, a needle pulling thread
La, a note to follow Sew
Tea, a drink with jam and bread
That will bring us back to Do (oh-oh-oh)
Do-re-mi-fa-so-la-ti-do
So-do!

Maria and the children sing this song in "Sound of Music" and towards the end of the song, they are shown dancing in the Mirabell Garden.
(If you click on the photo below and open it in a new page, you will see the two statues that are shown in the movie)

The garden is oriented towards the Hohensalzburg fortress and the Salzburg Dom Cathedral. Johan Bernhard Fischer Von Erlach re-modelled the original gardens under the reign of Prince Archbishop Johann Ernst Thun in 1689. Franz Anton Danreiter altered them in 1730 and shaped it to what is now considered as the most beautiful Baroque gardens in Europe. 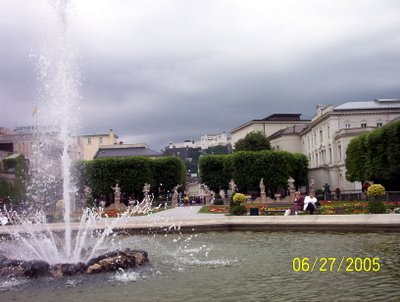 There is a large fountain in the heart of the garden with four statue groups around it: the rape of Prosperina, rape of Helena, Aeneas and Anchises and finally Hercules and Antaeus. These statues were made by Ottavio Mosto in 1690. 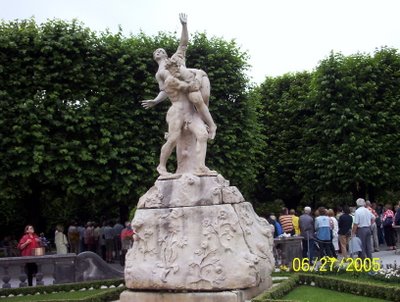 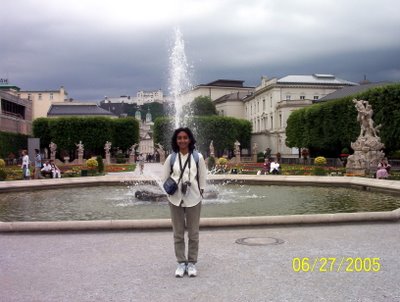 Walking your way up the North brings you to the "Salzburg Dwarf Garden". It has a display of grotesque dwarfs. These dwarfs actually lived in the court of Prince Archibishops of Salzburg. These sculptures are so grotesque that you wouldn't want to take a picture of them.

I spent about an hour in the garden enjoying the wonderful Salzburg music. A local music group was practicing in Mirabell garden on the Sunday afternoon. 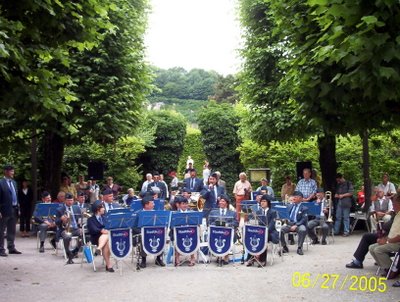 We had sung this song probably in 1987 at the Ganesha festival celebrations in Seshadripuram :)...