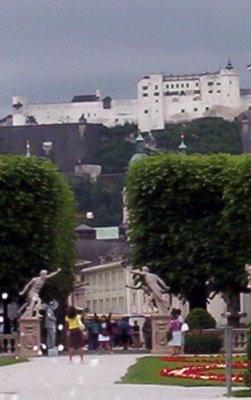 Built 900 years ago, this fortress once served as a prison and also as a miliary post. It was built by Price Archbishop Eberhard in 1077. Initially it was built of wood and served for the protection of Imperial troops of the Holy Roman Empire. During the struggle for power between Pope Gregor VII and Emperor Henry IV, Prince Archbishop Eberhard decided to stand by the Pope.

Prince Archbishop Konrad I built a stone tower during his reign. Conflicts between Bavaria and Austria posed continued threats for Slazburg and Hohensalburg Fortress and so was improved further.

Prince Archbishop Leonhard von Keutschach changed the purpose of the fortress from a militaristic and strategistic one to a representative one. He invested large amounts of money into decorations, modernisation and extensions to make the fortress a pleasant castle. Keutschach shaped the fortress and until today it has not changed in any fundamental way. 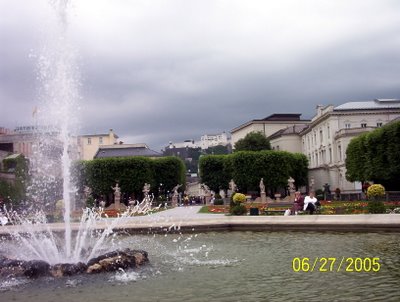 After the Napoleonic wars, when Salzburg became part of Austria, the fortress served as a prison and an army camp. During world War I, it was used to imprison Italian officers as prisoners of war.

Nazi underground terrorists were exiled in the fortress in 1934. This was the last time that the festung held prisoners. 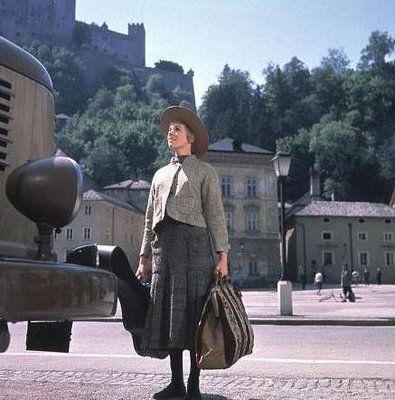 In 1965 a successful musical "Sound of Music" was made a movie in the original locations of Salzburg and surrounding. Here in this picture you see Julie Andrews (Maria in the movie) with the Hohensalzburg as the backdrop.
Posted by Casey at 11:16 PM

Intresting !! can u put up more photos of the fort ?

Sorry Vin :( I don't have any more pictures of the beautiful fort coz I didn't climb up the mountain :(. I took the guided tour of the town and we didn't have sufficient time to visit the fort.

hi casy,
that fort is wonderful..

Thanks for stopping by. Yes, the fort looked really great from the outside.