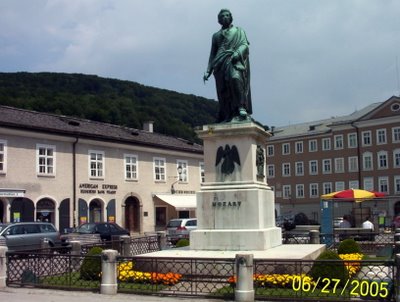 [The narration of Mozart's death has been borrowed from http://www.music-with-ease.com/mozart.html]
Mozart expired penniless, and almost neglected, and was laid to rest in a nameless grave, not one soul whom he had known in life standing by to see the coffin lowered. The records of musical history tell of no deathbed scene which leaves so deep an impression as that of Mozart. He had been commissioned to compose a Requiem and it was still uncompleted. His last afternoon on earth had come. Supported by pillows, though already exhausted by fits of coughing, he made painful efforts to join his pupil Sussmayer and one or two other acquaintances in singing the chorus parts of the unfinished work. The most vivid imagination cannot picture a more distressing scene than the dying man, unable to speak, extending his cheeks to indicate to Sussmayer the places at which the wind instruments should be employed. The evening wore on slowly enough for the sad, wearied watchers, and as midnight drew near the dying composer with difficulty raised himself from his bed, opened his eyes wide, and then, turning his face to the wall, seemed to fall asleep. It was the last sleep: an hour later and the perturbed spirit was at rest for ever.

The body lay for the usual time, and as the days of the old year were slowly dying, Mozart took his last long journey. A poor, scanty, straggling procession is observed wending its way from the house to the Cathedral, where a short service is to be held prior to the interment in the burial-ground of St. Mark, then lying in the suburbs of Vienna, but now a veritable oasis in the desert of the enlarged city. As the coffin emerges from the Cathedral in the pouring rain, some who have been at the service disappear round the angles of the building, and are seen no more. Others shelter themselves as best they can, and trudge with the remains along the muddy streets. But even these cannot hold out to the end. "They all forsook him and fled." And so, unattended except by hirelings, the body was borne away into the dismal country, there to be laid with paupers in a common grave, the exact site of which no one was to know in the course of a few years.

In 1809 some admirers wished to visit the grave, but they were told that the ashes of the poor were often exhumed to make room for others, and Mozart was as unknown at the cemetery as the other fifteen friendless unfortunates who had been buried the same week. To-day, in that great necropolis, the monument to Mozart stands over an empty grave. 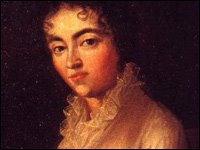 The town paid its respects to the great son; after his death, by erecting the Mozart memorial that was designed by Ludwig Schwanthaler. It was opened in 1842 in the presence of Mozart's two sons. Mozart's widow Constanze Von Nissen had died half a year earlier in May.


1842 was a difficult time for the town of Salzburg. Secularised only two decades earlier, it was still suffering from the devastations of the Napoleonic wars. There was a Baroque fountain with a statue of St. Michael in the centre of the square that faced a church. It had to be removed for the Mozart memorial. It was an expensive enterprise for the economically distressed city.

The mentally disturbed King of Bavaria, Ludwig I was passionately in love with Salzburg and adored Mozart. He donated a significant amout of money to start the erection of the memorial. The opening of the memorial had been planned for 1841, but the construction workers discovered a Roman mosaic under the Baroque fountain and the work was delayed. 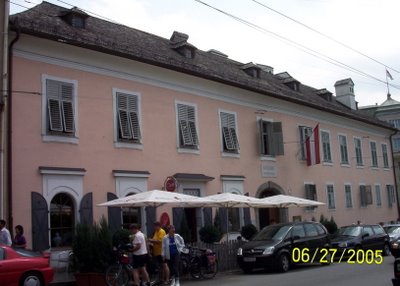 Mozart's residence was also known as Tanzmeisterhaus (dancing master's hgouse). It consisted of two buildings until 1685. On Aug 3rd, 1711 the decree granted permission to Lorenz Speckner to hold dancing for the aristocracy in the building. In 1739, the house was turned over to Lorenz's son Franz Karl Gottlieb Speckner. He was a higly arisocratic dancing master. In those days a dancing master played an important role by giving the young aristocrats dancing lessons and also prepared them for life at court and was perfectly conversant with the complicated court ceremonials.

Gottlieb Speckner witnessed Mozart's parents' wedding on Nov 15th, 1747. The Mozart family was considering moving to a bigger residence as early as in Dec. 1765. but the plans were always pushed aside during the family's extensive journey throughout western Europe. The family finally moved into their new domicile after their third journey to Vienna (mid July-Sept 25th 1773).

Gottlieb Specner had died on May 15th, 1767 and Tanzmeisterhaus was inherited by his cousin, Maria Anna Raab. She resorted to renting the space to wedding parties. The spacious residence was large enough to receive friends and musicians. In this house John Chrysostom Wolfgang Theophilus Mozart wrote symphonies, divertimenti, serenades, piano and violin concerti and a bassoon concerto, arias, masses and other sacred music from 1773 - 1780.

Mozart's mother died in Paris in 1778. His sister married and moved to St. Gilgen in 1784. Leopold lived alone in the house till in death on May 28th, 1787. The house had various owners after Leopold Mozart's death. A bomb struck the house on October 16th, 1944 and destroyed two-thirds of the building. The owner at that time sold the destroyed section to the Assicurazioni generali, who erected an office building on the site. International Mozarteum Foundation purchased the building in 1989. The international Mozarteum Foundation had already purchased the preserved secion of the Tanzmeistersaal in 1955 and turned it into a museum. The office building was torn down on May 2nd, 1944 and reconstructed it according to the old plans.

The city that never recognised his talents or paid the due respect that he deserved today sells Mozart memorablia in the form of chocolates, Mozart Yogurt, sausage, baby bottles and perfumes. 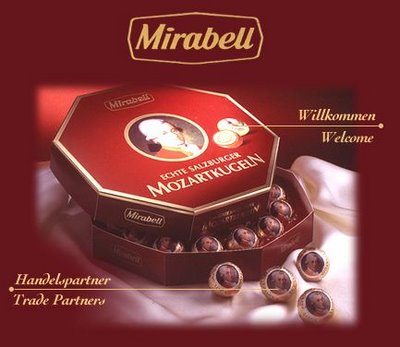 Kurt Palm, author of a new book about Mozart says "The new slogan for 2006 is not sex sells, but Mozart sells. If Mozart could see what happens now only in Austria, in Vienna or Salzburg this year, he would either only laugh about it or he would be disgusted".
Posted by Casey at 12:45 PM

he wud be disgusted !!

I agree...he would be so disgusted that he would have preferred to be dead :))